Lou Blaney, the father of Dave & Dale, passed away this weekend. This is a guy who spent his entire life around racetracks, and has been winning races for at least 40 years now. He was competetive right up to the end.

Best wishes to the Blaney family and friends. 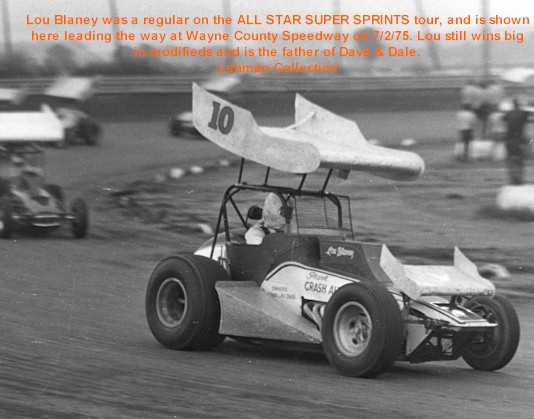 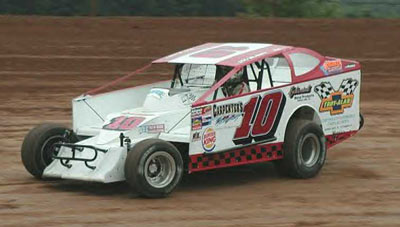 FRANKLIN, PA. Race fans across Western Pennsylvania and Eastern Ohio are mourning the death of racing legend Lou Blaney of Hartford, Ohio.
Blaney, 69, passed away on Sunday January 25th. He suffered from undisclosed medical problems for some time, and the cause of death was not released by his family.
As news of Blaney’s death spread across the racing community on Sunday, it left many people in shock and sadness.
I doubt there is anyone in Penn-Ohio racing history that has been more respected than Lou Blaney, said racing historian and Tri-City Speedway track announcer Walt Wimer. I don’t know of hardly anyone anywhere that was such a big winner and still had so much respect from those who raced with him and those who sat in the grandstand and watched. Richard Petty would be about the only one in Lou’s league. Those of us in the media are not supposed to have favorites, but it was impossible not to have Lou right up there at the top and you always felt good when he won, even thought it happened time and time again.
Lou Blaney was one of the few big winners that the fans have continued to cheer over the years, added fellow historian and local radio personality Don Gamble. Big winners usually have had their share of boos from the crowd, which goes with long term success. Lou was always a quiet, reserved person, who won his races with his head and right foot, and not with his mouth.
Blaney started racing in 1958. During his first 20 years behind the wheel, Blaney earned instant acclaim as a star Super Modified and Super Sprint driver. He captured over 200 wins in the division from 1961 to 1980. His greatest win came in the 1966 National Open at Williams Grove Speedway in Mechanicsburg, Pa.
In 1978, Blaney added to his legendary status when he started racing DIRTcar Big Block Modifieds. Adding to his victory list, Blaney scored over 200 wins in this class from 1978 to 2002. He also finished second to Merv Treichler in the prestigious 1981 Syracuse 200 at the New York State Fairgrounds, and that still stands as the best finish in the race for a local driver.
Over the years, Blaney scored wins and track championships at many regional speedways, including his hometown Sharon Speedway, Tri-City Speedway, Mercer Raceway Park, Lernerville Speedway, Jennerstown Speedway, Sportsman’s Speedway, Expo Speedway, Raceway 7, and Pittsburgh Pennsylvania Motor Speedway. He won Wimer’s Cavalcade of Champions Big Block Modified regional point title 16 times and the Super Sprint regional point title four times.
Blaney’s legend transcends all levels of motorsports. His legacy includes his famous sons, Dave and Dale Blaney. Both men achieved racing success like their father. Dave is a former World of Outlaws Sprint Series champion and raced the last several years on the NASCAR Sprint Cup Series. Dale is a three-time All Star Circuit of Champions Sprint Series champion.
Blaney is a member of the DIRT Motorsports Hall of Fame and the Pittsburgh Circle Track Club Hall of Fame. In 2008, he was inducted into the Tri-City Speedway Hall of Fame.
Blaney is survived by his wife, Kate, his sons, Dave and Dale, and five grandchildren. Funeral arrangements will be posted on the Sharon Speedway website, www.sharonspeedway.com, in the near future.

I seem to recall seeing Blaney at the annual ROC at Langhorne. That would have been in 69, 70, or 71. The other guy from that same area, who usually turned up (in a late model amidst a field of coupe and sedan modifieds) was Blacky Watts. That was 40 years. ago and the old memory is fading, but it would have been one of the only times I would have seen Blaney, in person. Good guy with a good reputation.
Shiloh

Dale Blaney is scheduled to race at Ocala Speedway this Thursday, Friday, and Saturday. No word on whether those plans have changed or not as of yet.

I grew up watching Lou race at Don Martins Lernerville Speedway in Sarver PA. He alway put on one heck of a show