There must be a mistake!

It happens when you race with cry babies.

What did he get dqed for?

different offsets on the wheels. time to go back to the car owner and put all the same size wheels all around the car.

he’s still shaking the car out, we don’t even really care about “legality” right now. it pushes like a dump truck, the radiator leaks ( part of the push? don’t know ) and it needs a carb that works right.

It figures. He seems to cheat quite often. They should make a rule if you are caught twice “you are out for the rest of the year”. Read the freaken rule book. I know you are not that stupid. If it is someone elses car make sure its legal or do not drive it. It will just ruin your reputation even more. duH.

hey brokebuttbob or whatever your name is

It figures. He seems to cheat quite often. They should make a rule if you are caught twice “you are out for the rest of the year”. Read the freaken rule book. I know you are not that stupid. If it is someone elses car make sure its legal or do not drive it. It will just ruin your reputation even more. duH.

:grinser010:yes I’m sure he is so worried bout his reputation

so your saying that if someone offered you a ride but it wasnt 100% legal you wouldn’t take it?

But I enjoyed watching Ron work his way from the back.

Kind of hard to gain a reputation if nobody knows who you are… oh wait… that’s right… the McCreary’s aren’t afraid to say who they are… guess they are the minority in ‘backdoorbob’ world!

Look, Everyone wants accountability and reasoning… so you may not like the reason, but at least you didn’t get a lame excuse or somome who was afraid of controversy or of what they believe so much that they have to hide behind a screen name…

Props to Todd for addressing the issue… agree or disagree, he gave you an answer!

(my apologies to anyone I may have offended [at least those who aren’t afraid to show your face]… Bacckdoorbob… consider yourself exempt from the disclaimer above as you are not eligible… I have been drinking tonight and this is just my opinion!)

Yeehaw… week #2 just around the corner!!!

If it is someone elses car make sure its legal or do not drive it.

we’d like to start with just making the car halfway safe.

i don’t know who built that car but they need to be shot.

He seems to cheat quite often.

Ron ran the Red-Eye race with one rocker completely off the valve in this car.

later, i was told he had a “cheater” motor.

if you guys are going to accuse us of cheating in spite of the fact that you can hear the miss and the fact that everybody out there was pulling him down the straight … why shouldn’t he?

then, i’ve been accused of quite a bit of cheating with the Probe. you know what? nobody else in Strictly Stock wants to work on their cars. i’ve been yelling at Walters and Kirby to take the AC Compressor off of their cars for over a year now. it’s a grand total of 3 bolts and a shorter accessory belt.

both of them still have the power antenna’s in the RR and their stereo amps in front of the RR tire.

if you don’t want to work on your car, don’t complain to me about how slow you are. their cars shore do look purty though.

David Leeper was the only one who made me look good. he was beating the other v6 Probe’s most every night with a 4cyl.

we’re thinking of having DQ stickers made for the windshield. kind of like Feature Winner stickers? whaddaya think?

I have been drinking tonight and this is just my opinion!) Figures, I did not think you were that stupid to get on here and defend someone who got caught with illegal wheels. Oh by the way I see why the website does not get updated now. Because you have been drinking. Kudos for Dave for having the story up right away!! Maybe if you could stop your drinking you could get the pic section and other parts worked out. Theres always AA. You might want to consider it before you get on here again and make a fool out of yourself!!!

I’m sorry, I was not aware that having a drink on your “day-off” qualified you for AA… and besides… I’m not the ‘anonymous’ one on here… maybe you are the one that needs the meetings…

And btw… Dave writes the story and emails it out… he is NOT the one that put it on the website with the pics… I AM!

Yet again… you prove that you have no clue!

Mark why do you even answer this troll. This person has no life and nothing better to do than harass people on a message board. You don’t feed the alligators around your lake so don’t feed the troll!

If only this board had an IGNORE function - that’s the way to make these people go away. 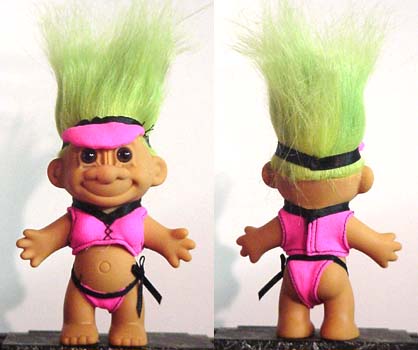 The world is made up 2 kind of people. We have smart ones and there are ones like Mark and John. Hey John is that your girlfriend in the above pic?

If only this board had an IGNORE function

actually, it does. you just have to go through the User CP ( control panel ) to get to it. look in the bottom left for “Buddy/Ignore Lists”.

Thank you Todd - that was useful! He is now IGNORED

Thanks Todd most helpful!

Wa Wa WA Waa Waaa. You make me sad Todd!!! maybe you could drive a latemodel. oops it would probably be cheated up!! Wa wa wa wa

Of course an ignore button , while being a blessing in some cases , kind of defeats the purpose of a forum . Everyones voice should be heard , or read .