Where in the world is Frasson?

This thread is for the postcards of Frasson’s worldly travels now that he has plenty of time on his hands. 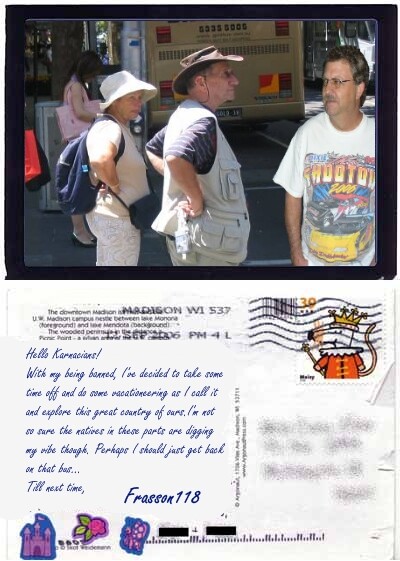 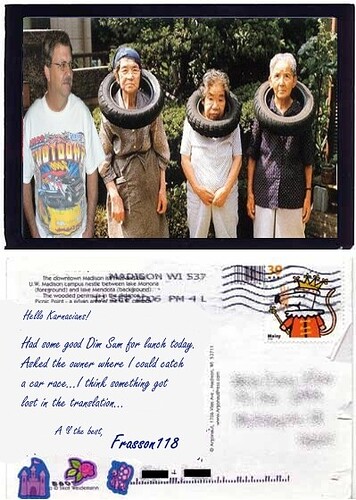 He still looks a little sour, probably over the whole internet thing, maybe the roller coaster ride. I will pitch in $10 so he can get 3 new, year old t-shirts from the bargain bin at the next race he attends. Hey, I buy them for my wife every time I travel to a track. She loves them. Although Bulls Gap Tn, I had to splurge because the new ones were just too cool to pass up.

Looks like Jerry has had some good breakfast while on the road. 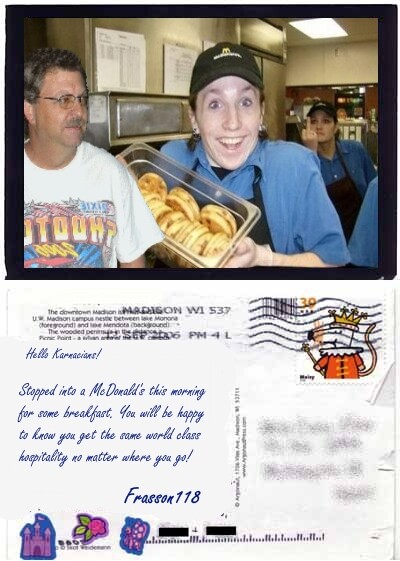 That gal in the background looks like she is real thrilled to have Jerry eating at her place.

[QUOTE=Old Sunshine Fan;28164]That gal in the background looks like she is real thrilled to have Jerry eating at her place.

If you smelled that sure you would be the same way.

Jerry about town on Saturday night. 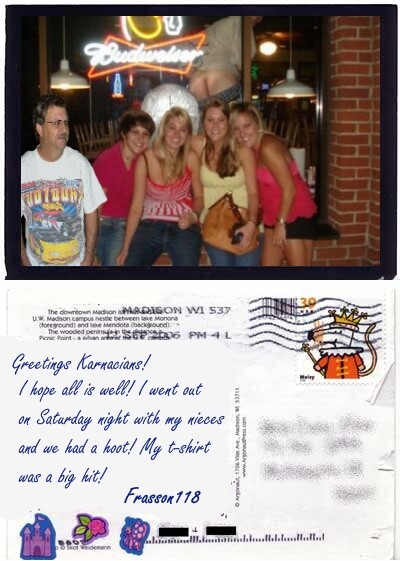 Sure do appreciate you keeping us updated with Jerry’s exploits.

Hope to see him Friday in Ocala. I have never met the legend. If I get a chance I’ll get some different pictures of him for you to use. Maybe even supply some different shirts. :):ernaehrung004:

Jerry has gone to the other side(the dirt side that is).:huepfen024:

Spreading his vast knowledge of racin’ over on the dirt board ‘florida flag stand’. We are glad to have him too:ernaehrung004:
Hope to see everyone at Ocala this Friday for the Powell Memorial.:huepfen024:

THAT was suppose to be “our” little secret!!!:grinser010:

Didn’t you get the memo?

Didn’t you get the memo?[/QUOTE]

I don’t know about all of that - according to his latest postcard he’s up in the Wisconsin Dells. 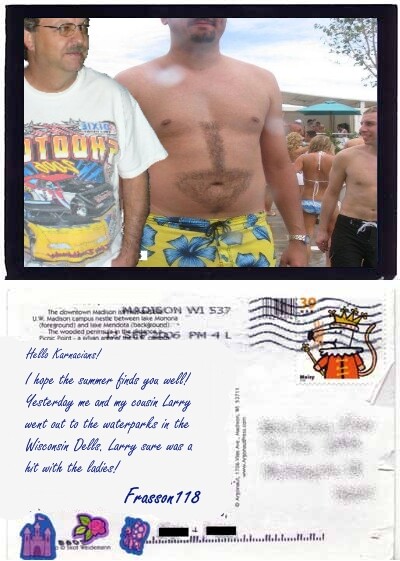 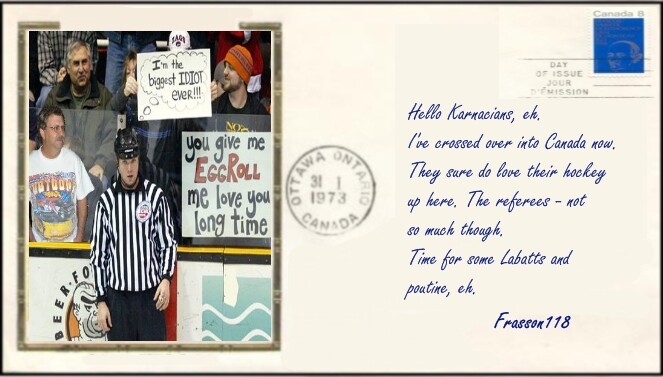 There’s something on a thread, over on FlridaFlagStand that was posted just for YOU.