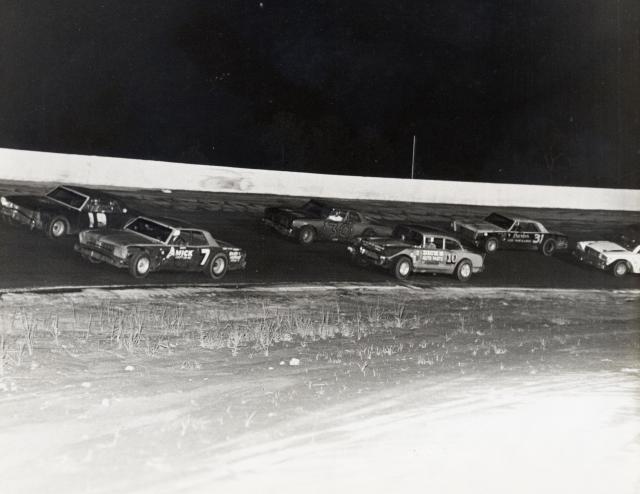 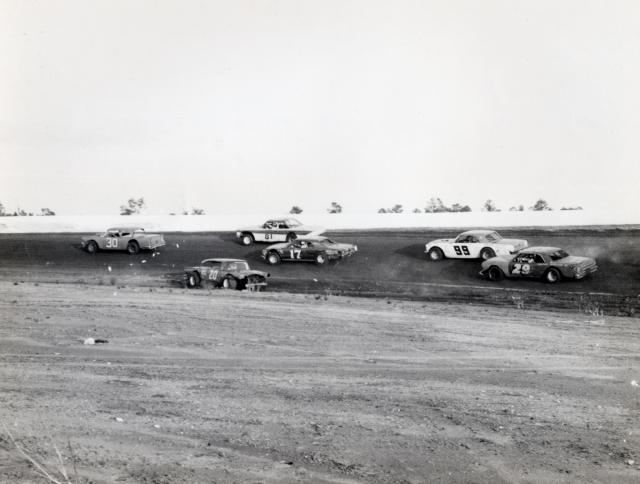 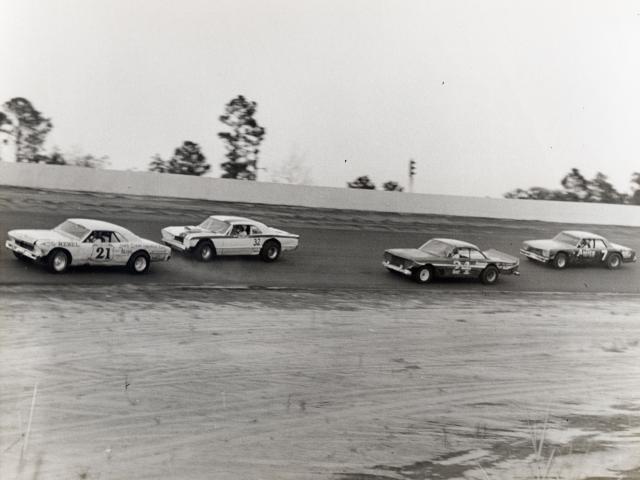 Nice…no haulers in the infield… You can see the whole track!!

I don’t know about

anyone else, but to me that is when stock car racing was real racing. Dave, you mention the lights being installed in 1968, when was the track build and if before 1968 did they race daytime, as Sunday afternoon?

look at the top of the track in the third picture. it was very rough back then. i raced there some in 68, and they ran on sun afternoon.

There’s a lot of errouneous info out there about New Smyrna, such as the track opened in 1964 (which it didn’t)… New Smyrna actually opened in April 1967 as Daytona Raceway and was originally a dirt track… Charlie Brown of St. Augustine won the first LM race there in a '59 Chevy. They tried running it as a dirt track through mid June, but the dust was so bad the drivers quit coming. The place was then paved and re-opened in October of '67 with a 200 lap LM race. Before that there was a 50 lap 6 cyl. race which Donnie Tanner won driving Bill Wade’s '57 Chevy. Not enough LM’s showed up, so the promoter allowed the 6 cyl. cars to run in the 200 lap race as well. Larry Flynn of Holly Hill won that race followed by Ray Gardner and Tanner in the 6-banger Chevy… They also ran a big Supermod race (mostly “skeeter-type” cars) a couple weeks later which was won by Ellis Pallasini of Mississippi. The first “World Series” was run in February 1968 as a one night show which was won by Tom Pistone over Tiny Lund. The weekly races in '68 were held on Sunday afternoons until the lights were installed during the summer, then races were on Sunday nights. Mostly they only ran just the Late Model class but 40-50 cars would show up from all over the State each night. Those were some fun times.

My first time at Samsula was speedweeks 1972 it was a 4 night deal won by
Larry Rogero. Was there helping Randy Tissot,track was so rough had to
change ball joints and pitman arm after 3 nights
Seems to me there was about 40 cars but that was before cars started
coming from up north.