The Rain Out Nationals - Tonight!

Well, Speedworld has rained out. I had my car on the trailer ready to roll, and I can’t even take it to Ocala, they are closed too.

How about we go blow off some steam at Little 500? 8:00 until close? There is a link to the address on this site. http://www.little500night.homestead.com

Where did you hear/see that it was rained out tonite? I don’t see nothing and I called the track and the recording indicates that there is racing tonite.

Who knows who is coming, this is totally last minute. Here is a list of people who are coming, are trying, or who wouldn’t miss it.

Sean Bass totally wimped out! It looks like some of the Sergi clan will take his place.

Hope everyone had a great time! Sorry didn’t see the post until about 9:30pm or I would of come tonight to race against you guys. Was off this week and still had last weeks paycheck that I could of spent. Oh well, maybe next time.

Much fun last night at the Little 500! We had an excellent turn-out, especially considering there were just a few hours notice.

You know, it is not easy being me. As the cleanest driver at the track, I sometimes have to absorb a little abuse from other less-skilled karters. But no matter, I got two of the precious golden winners tickets anyway, including the final round of the night. Don’t you think winning the last race means that I am the reigning heavy weight champ? At least until we meet there again?

After several cranial shocking collisions, and some serious sleep deprivation, here is the best guest list I can generate. My apologies to those I inadvertantly left off.

In the top photo, that is “the Crusher” wondering what happened. 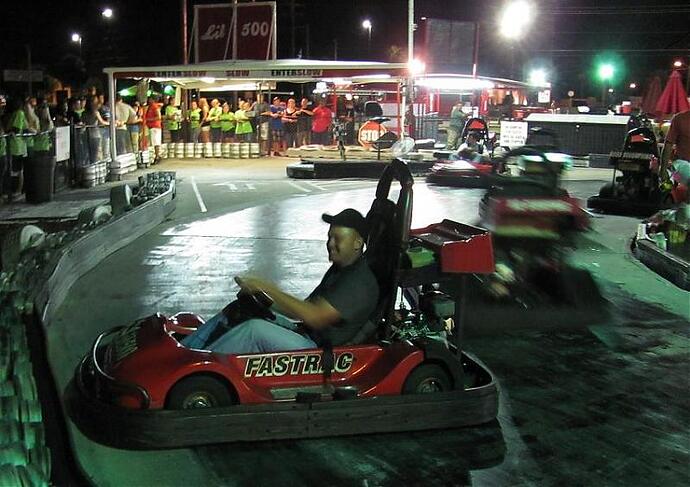 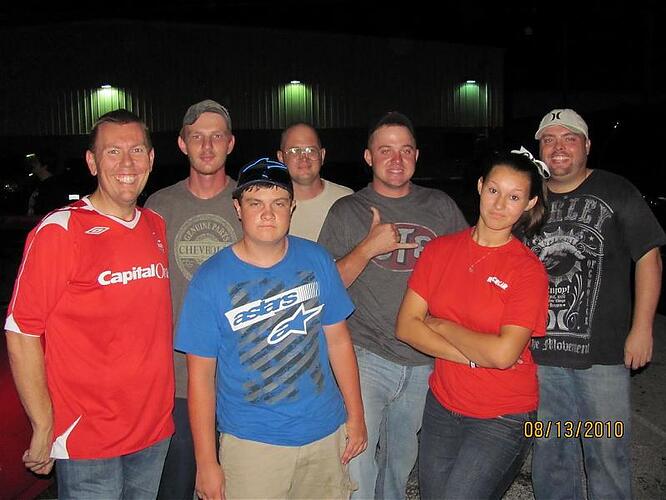 Actually, Jim Erb is “The Crusher”… William is “Huggy Bear”…

it was a blast like always…now that i got 9 golden tickets last night.i get 3 free rides for the next one.:ernaehrung004: