WTF is up with Bronson sideways 49 had a post wondering if it was opening and someone put a post saying that someone bought it, but guess what it DIDN’T open it is back for sale on racingjunk. Someone needs to buy it and get that track racing again.

they were losing money.

Last year Tony Parks was leasing the track from Mike Cope. The end came when Tony was indicted by the Feds for racketeering and later convicted.
He could not maintain his lease and pay the lawyers so the track went dark.
The track was rumored to be sold and supposed to close about 2 weeks ago, but now the ad is back on Racin Junk(posted today at 1pm).
Film @ 11 I guess…:smilie_bett:
-JIM-

Was it a good track?

Clean surface slightly over 1/3 mile high bank oval. Pits are grass and concrete slabs with access to power in some spots. I raced there for the last two years after Ocala went to dirt. Picture below…
-JIM- 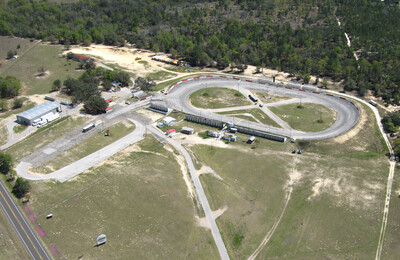 I ran a outlaw mod there it was a fun track . Was alot like the old CCMP before the storms. High bank but no inside retaining wall. I really hope someone does something with it . It would be a shame to lose such a cool track…

When yall raced at it did it have a good car count?

Does anyone know what shape the track is in right now?

We had alot of fun there during the Sportsmen Series.

I had someone drive by there the other day…

They told me that it was a beautiful place…Mike Cope has always kept the place nice!

There is more to it than just a ‘track’. Out buildings, an on site big home and a huge race shop. Tony added a mud bog pit that was always packed on Friday night. Nothing ‘run down’ about this track…so get out your check book…
-JIM-

I’ve never raced but I’ve watched many races at Bronson. From a fan perspective, it’s really nice. Very clean and well-maintained bleachers, easy to get to and the closest track to Gainesville. It’s a real shame that it’s been closed since last year. Count me as a big fan of Bronson Speedway. I really hope that it re-opens - if it does, you can count on me being there most every week like I used to be.

Wish they would reopen might be hard to compete with citrus now. But maybe they could run friday night I live in Pensacola now but up here 5 flags runs friday Mobile runs saturday you would be suprised how many cars run both every weekend . Bronson has been around along time drove there in the outlaw mods several times… It is an all around bad azz track similar set up to citrus at least it was in the mod… SOMEONE WITH A BIG CHECK BOOK PLEASE STEP UP I WILL DRIVE FROM PENSACOLA TWICE A MONTH… UNLESS I WIN THAN I WILL COME EVERY FRI or SAT

New owners,or the present one, should consider a Friday night venue…
Bronson Friday and Citrus Saturday with no gear change would work out real good.:huepfen024:
-JIM-

There are already too many race tracks in Florida. Only a fool would try and open another one in this economy and the current state of racing participation in Florida.

no , not too many tracks , just too many that arent managed properly . citrus and auburndale are thriving with great car counts and plenty of fans on the boards . take care of the racer ( a tracks bread and butter ) keep costs down , strictly enforced rules that dont change weekly with a REAL techman , reasonable payouts , no catering to rich daddys or track pets . focus on the cheaper classes not the super lates .put the control of the racing back in the hands of the flagman not the tower , get it back to being affordable to both the fans and the racer like it used to be and any track can be sucessfull .