Some outstanding shots right there… especially like the Detjens 25 Purple Challenger. That’s one sweet looking LM

Mark is no longer racing oval track. From what I understand, he was involved in a traffic accident a few years back, requiring that his neck be “fused”. Since he couldn’t turn his head like he used to, he gave up the stock-car stuff, and built a 9-second street-legal Camaro to go drag-racing.

Post up some more pics of the wildest creations (Late Models only, please

) that you’ve ever seen.

Neil Bonnett/Dillon “Cam-stang”: This car had a Camaro nosepiece and a “Mustang” roof (much like Red Farmer’s asphalt Late Model of the same era). This car caused some controversy in All-Pro and at the All-American 400.

Yet another Junior Hanley creation:

Same Hanley car as above, different (and closer-up) angle:

One of my all-time heroes…

How come the rest of y’all ain’t postin’…?? LOLOLOL

A couple more shots of the Balough/Hanley/Rossi machine at New Smyrna, 1981. Look at the air box on the nose of this thing:

Mike Eddy’s Howe machine, tryin’ to keep up with Balough and Hanley:

Check out how high the rear deck is on this thing: 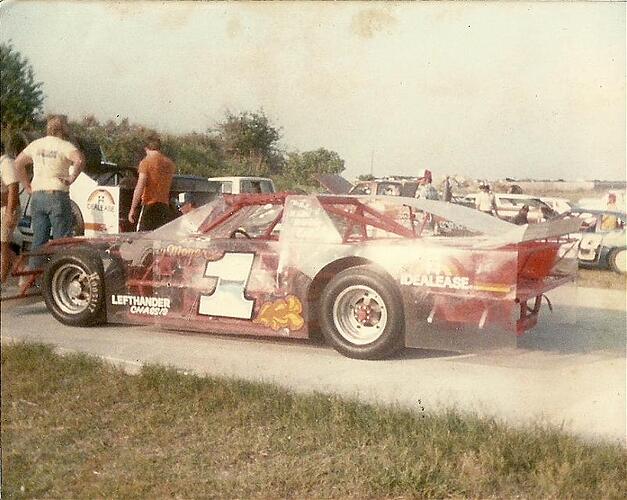 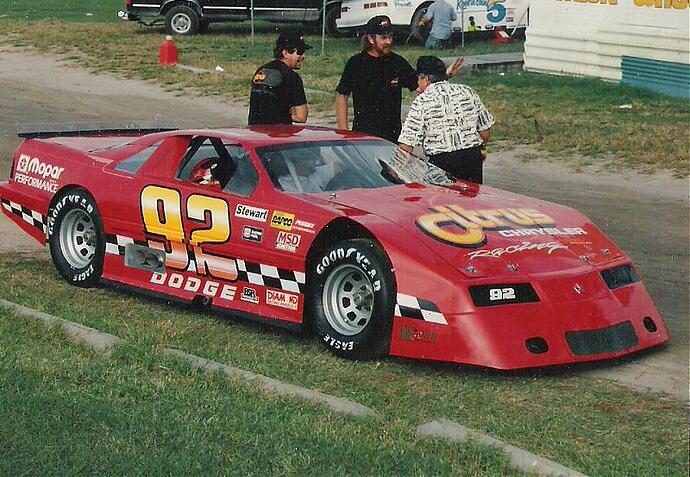 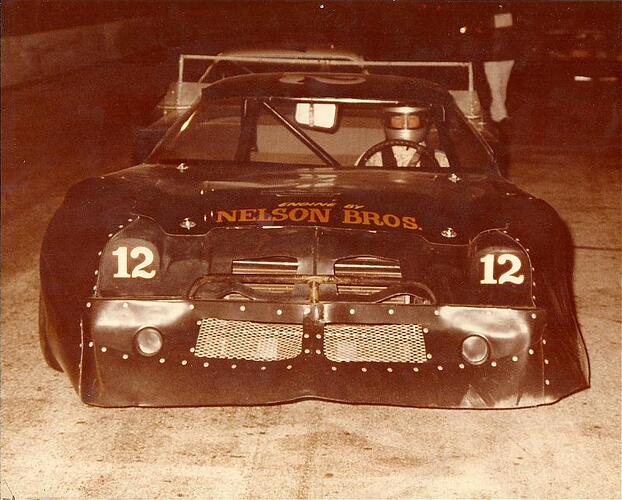 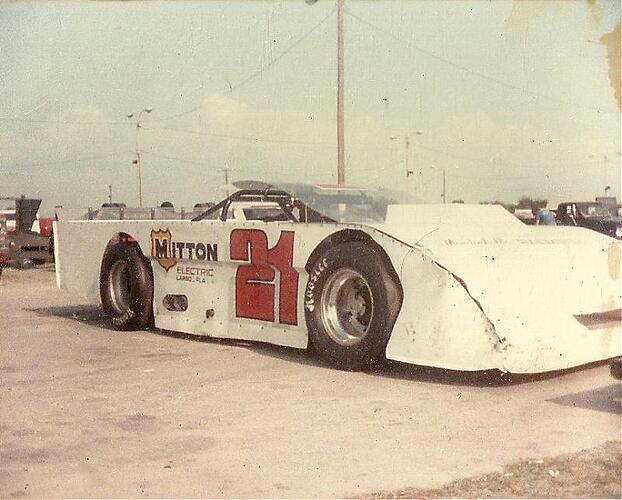 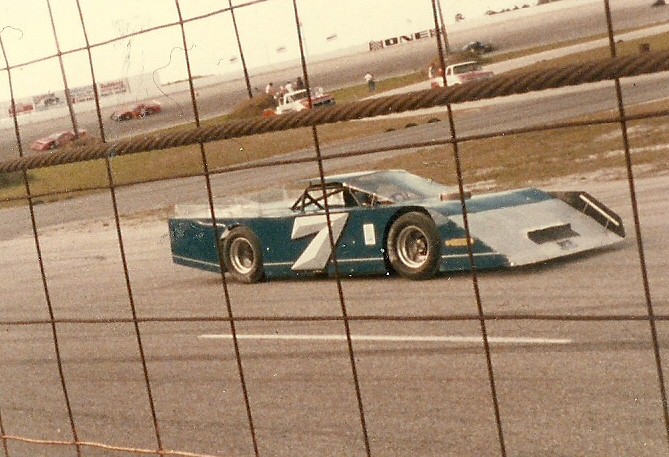 Been told that this one is Skip Valdez at Palm Beach, sometime in the late '70s. Pretty cool car, actually; don’t recall many - if any - '67-'68 Barracudas that ran as full-blown Late Models, especially this late. That’s Bobby Brack’s Camaro on the far left:

Al Kuhn in an ex-Hanley car. That “wedge” thing on the left side? All lead - for left-side weight:

Another one that drove for us at Palm Beach, Hialeah, Tampa, and St. Pete: Chargin’ Charlie Reagan (the senior) (although, this ain’t our car):

How 'bout a full-fendered Gremlin “Late Model”/Sportman? I think this one was a 6-cylinder:

These are great. Thank you Jimmy for sharing then. Very cool!

This is one of the coolest threads I have ever seen on here.