I think its fugly, but a green one with Danica might get my attention. 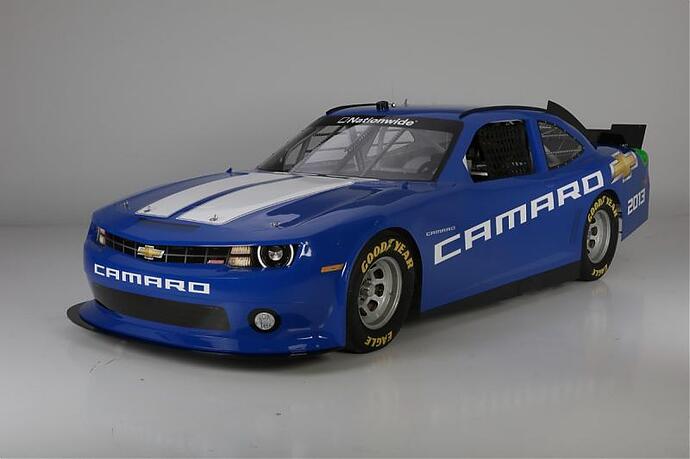 It is the Camaro they are racing next year. The nose is more like a production camaro. The roof sucks. Thats why I said it was fugly. They messed it up as bad as that thing they call the Nationwide Mustang. 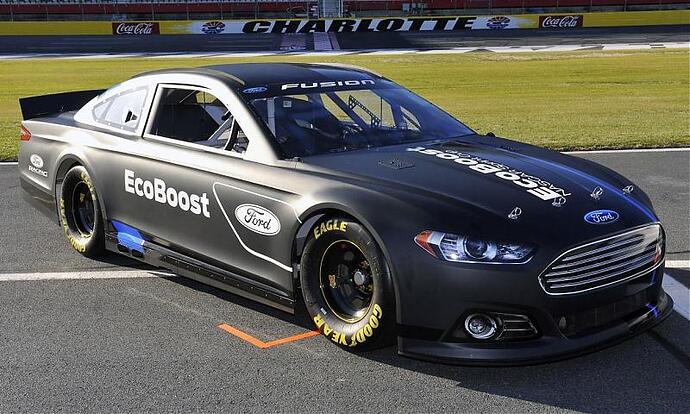 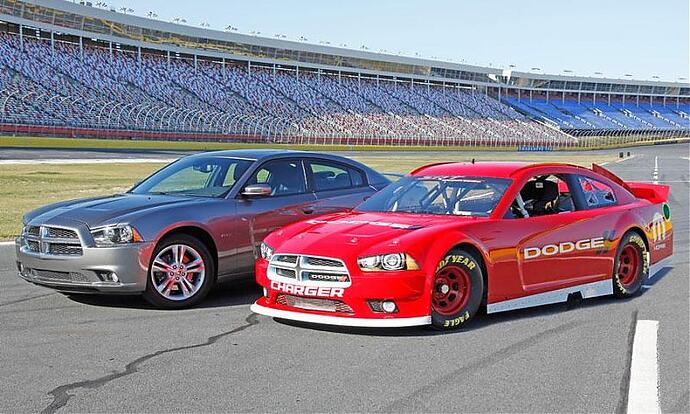 Now, I’m kinda likin’ the Fusion and the Charger. Haven’t really seen much of Chevy’s SS for Cup yet; and I think I’ve only seen the Toyota once.

But this thing…the so-called “Camaro”…ain’t even close. That’s not a “Camaro” nose on the race car; it’s the same nose as the “Mustang” and the “Challenger”; just has “Camaro” headlight and grill decals. 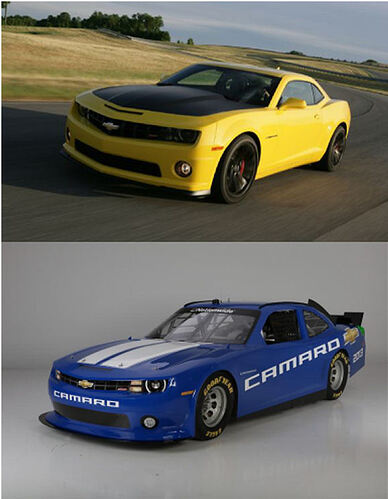