Ok race fans, how about a little day-dreaming…

If you could go back in time and race in, or spectate at any historic event, what would it be? Indy? Le Mans?

I have to pick from two.
I think the early Daytona beach and road races were fascinating, and they were accessible to the amature racer. Imagine running flat out down the beach for 2 miles, doing a U-turn in the sand and mashing it on a narrow, high speed street for another 2 miles before arriving at another sand U-turn. Its amazing that anyone survived that intact.

However, running a close second would be an early event on a board track like Nutley NJ. I’m not sure I’d drive there, the mortality rate was very high. After all, Nutley was banked at 45 degress, and since it was 90 years ago, they were running on wood spoked wheels and primitave tires. Still, it had to have been an absolute spectacle unlike anything those people had ever seen. I wish we could say that about more racing today.

Hmmmmm…those two events are good choices and like you, think I’d like to drive in one of the beach races. But I gotta admit, in no way do I have the gonadal fortitude to run one of the old board tracks. That was some wild - and deadly - racing for sure.

For me, since I was a boy, I’ve had a fascination with the '50’s roadster era at Indy. Those cars always looked like big fun to drive. Or, I’d like to run one of the old-time “real” road races like the Targa Florio, Mille Miglia or Carrera Panamerica. Just something about racing on public roads seems very cool.

Speaking of real road racing, for spectating there is nothing like the Isle of Man TT motorcycle races. A truly unique event in beautiful surroundings. Well worth the trip, even if you’re not crazy about bikes. There’s a ton of video on youtube, check it out…

Infineon Raceway (sears point) back in late 60’s early 70’s so i could wheel one of them big ol cars. Buick or Oldsmobile.

Just the 60’s-70’s where a common working man could afford to race a Winston Cup (Or Grand National) or a Busch (or Sportsman) car.

70s Orange County Raceway In New York. D.I.R.T Mods,Rcing, Beside Buzzie and others,manhandling the car.Big feilds, big crowds,just something you do on Saturday night then read about it Sunday morning…
Rob

Boneman stole (actually just said it before me) that the Nutley Velodrome had to be insanely intense.

For me, if I can’t pick Nutley, I would have loved to combine the old with the new. Tracks like Miami-Fulford, or Rockingham NH, that were board tracks, but also Superspeedways. Most were somewhere between 2 & 2-1/2 miles long, high banked, and made of wooden planks laid on edge. The engineering alone was an incredible feat. Then you take cars from the 20’s that would go 130-140 MPH, in front of a crowd of 100,000 people, we combine speeds of Indy (that they didn’t reach there for another 25 years, with a Talladega atmosphere. Not sure the racing itself was all that great, but the sheer size & speed that accomplished were WAY ahead of their time.

And Darlington claims to be the original Superspeedway (after Indy), but they were almost 30 years late to truly claim that title.

I can’t fathom how much wood was in those tracks! Or the cost to build them. Or the precision carpentry w no laser levels, calculators, etc. 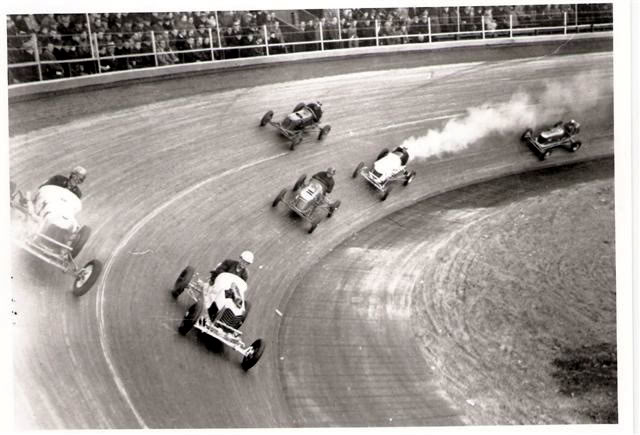 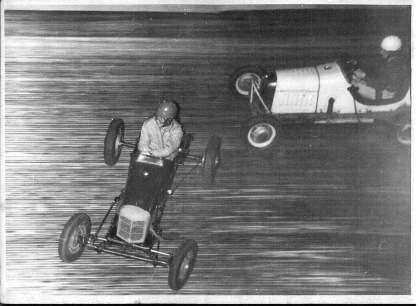 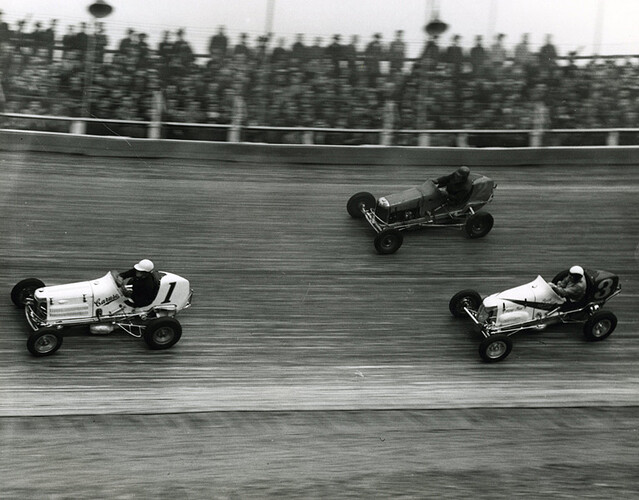 If it was racing I would say back in the old Golden gate days, in the 70’s era; could yu imagine racing against porter, dunkin, coffin, brazill,riddle,purcell, abney, crockett, tanner, Just to name a few, and it didn’t matter what class they ran, It was some of the best racing I ever saw. I sure do miss that place

I would say any of the Governor’s Cups at Golden Gate between '70 and '78, when all the heavy hitters from up north figured out they could come down to Florida, a full two months after their racing season was over, and run with the best of the southern Late Models. Trickle, Eddy, Howe, Mike Miller, Malcuit, Gregory, Glotzbach, and more would all make the trip south in November, and take on the best of the locals - the Reutimanns, Porter, Pitts, Pletcher, Dunkin, Cope, Childers, Scarborough, Gill, Kocsis, Tim Miller, Bobby Alexander, and more, plus a lot of the Florida hot shoes from Palm Beach and Hialeah: Brack, Balough, Rogero, Duckworth, Conners, Mallory, McCreary, Denny, and all them guys.

It was an accomplishment just to get to the race - and an even bigger feat to make the starting field through the qualifying races.

I would love to have just run a heat race at “THE BIG LEFT TURN” …Langhorne (as a dirt track). Haulin ass wide open down into “Puke Hollow” (a hole/ low spot between one and two) must have been one hell of a rush !!!

Just the 60’s-70’s where a common working man could afford to race a Winston Cup (Or Grand National) or a Busch (or Sportsman) car.

Or even the 80’s or very early 90’s when a working man could afford to race local short tracks? Does anyone else miss those days?

I can’t fathom how much wood was in those tracks! Or the cost to build them. Or the precision carpentry w no laser levels, calculators, etc.

Yes thats unbelievable these days. But i bet the high mortatly rate was actually less due to the spoke wheels than the lack of roll cages. I mean look at those things, did anyone EVER survive a roll over??
Talk about sitting up there like a “bump on the log”