ShowTime Speedway (Pinellas Park, FL) April 19, 2014 ? Florida Pro Truck driver Mica Williams, captured his first Pro Truck win in the first Southern Pro Am Truck Series? Larry Moyer Memorial 81 Lap Pro Truck Race at ShowTime Speedway. ShowTime Speedway?s packed house of racing fans and the friends and family of the late Larry Moyer endured the drizzle to watch an exciting Saturday night of Pro Truck racing. Many of Moyer?s friends were in the pits working on the Pro Trucks while some strapped on their helmets to race. Dave Pletcher and Bob Spaeth were two friends that raced in the Memorial Race. Pletcher drove the number 74 Moyer Motorsports Pro Truck, and Spaeth, who drove the number 2 Pro Truck and finished eighth, wore one of Moyer?s old racing suits.

With a light rain drizzle, fourteen Pro Truck drivers started the main feature race to not only battle each other, but also to battle wet track conditions. Mica Williams? driving skills were showcased as he worked past local fan favorite Jay Zolciak and held off fierce competitors in Becca Monopoli and Jessica Murphy. Williams brought home $3,000, was fitted for a Championship Lug Nut Ring and he earned additional bonus money for leading at the halfway mark. An anonymous and close friend of the late Larry Moyer donated the bonus money for the halfway leader.

As race fans witnessed the exciting knockout format of qualifying, Becca Monopoli?s impressive lap times earned her the All Racing Classified?s fastest qualifying time bonus money. Due to the Series? inversion drawing, Monopoli drew the fifth position which placed Jay Zolciak on the pole. Zolciak led the first several laps of the race and finished the night in third place. Monopoli, who finished in second place, kept the pressure on Williams the entire race, but Williams? consistent performance was enough to earn him the win.

It was reported after the race that Mica Williams and Becca Monopoli attended the same high school together, and they are no strangers to competition. Mica earned a football scholarship to the University of New Mexico where he played defensive safety. Becca?s athletic career didn?t start with racing, at age five she played soccer for five years and softball for eleven years.

Some of the fan favorites, like Dave Pletcher, Todd Bontrager, Mason Love and JR Garcia were not able to finish the race due to mechanical failure or being involved in a wreck. JR Garcia had his number 13 Pro Truck moving through the pack until a wreck in turn two made him slam on his brakes to avoid colliding with the number 26 truck of Jessica Murphy. Murphy, who finished fourth, made a quick pit stop to have her damaged hood and front fenders removed so that she could finish the race. Thirteen year old and local fan favorite, Cole Partelo raced all 81 laps and finished seventh. ?It?s impressive to see the maturity level and racing skills of this young man. Having more young teens involved in Pro Truck racing will play a major role in the future success of this Series,? said Jim Reppi, Series Representative.

Spencer Taylor, a 22 year old from Orlando, drove the number 1 Pro Truck sponsored by Driver Seat Racing. With transmission issues early into the race, Spencer was able to race all 81 laps and finish ninth. Driver Seat Racing provides race fans with a real racing experience by allowing individuals the opportunity to pay a fee to race in a real Pro Truck race.

The next Southern Pro Am Truck Series race is scheduled for May 10th, 2014 at Bronson Speedway in Archer, FL. For race event details or to reserve a Pro Truck, drivers and fans can visit southernprotrucks.com. 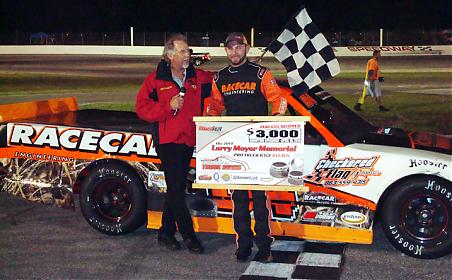 Ok How Can We Compete Against A Truck That Is Not Going My The Rules,i Will Never Be Able To Run Up Front As Long As This Gos On,where Was Teck , Oh 14 Trucks Dont Want To Send Anyone Home,is This What This Is,

Feel free to contact the Series directly so they can answer your questions and address your concerns. Call or visit southernprotrucks.com. The Series has a tech person that is reputable, knowledgable and professional. This will not happen overnight, but the Series and the tech inspector are working hard to make sure that, one day, all drivers will feel confident that they have a fair opportunity to compete.

14 pro trucks is a great turnout for that track and event, especially under the circumstances surrounding the event. Please call them.