Cool to see so many racers and team owners that aren’t around anymore.

Back then, Sprints were a lot more competitive than they are today, both dirt & asphalt.

I think it’s the lack of the ever popular “parity” that makes a race better. Watching the leader(s) work traffic like that makes it so much more exciting.

Some of the names that I saw here, either as a driver or car owner…

I’m sure I have a few things wrong… But I’m CLOSE.

It’s a damn shame that most (if not all) of these people are passed on, or out of the sport completely.

“Back then, Sprints were a lot more competitive than they are today, both dirt & asphalt.”–Frasson

Thx much for sharing. I thought it was just me and rose-colored memories!

What is up with that? Today’s cars are exciting no doubt, but they are quick and darty and once the pass is done they are done gone.

Why is that, technically, and why would a sanctioning body–or even a track (ie Showtime) not consider action to return to that type of racing?

One of the best Sprint shows I’ve seen in recent memory, was a non-wing show at Citrus.

Every car in the field had the capabilities to light up the rear tires coming off off every turn… most of them DID.

But as the laps racked up, it was apparent that the drivers that understood ‘throttle control’ went faster.

It put the race back into the hands of the drivers, not Aero or horsepower.

Honorable mention here… One guy I DIDN’T see on here, was Sam Rodriguez. He was BAD ASS, especially on dirt… and not many know that he is the Grandfather of Nascar’s Aric Almirola.

put the race back in the hands of the drivers

Nonsense, Frass. A wing is a tool to help the driver go faster, not to make a car easier to drive. Remember, a winged car is 1 1/2 - 2 seconds a lap faster than a non-wing (depending on the track). Do you really think they drive themselves?

I suggest that some of you quit living in the past. That video looked a lot like the modern TBARA races: plenty of cars and lots of passing. The veterans that built the sport have mostly moved on, time can’t be stopped after all, but in their place are some talented and very passionate racers, including lots of young lead-foots that are rapidly turning into the stars of tomorrow.

Ok, so there is an old mini stock driver too…I’m not talking about that guy!

Yes the wing makes the car faster especially in the turns. The problem is that as cars go faster the groove narrows and suddenly there is one groove and follow the leader. This is more of an issue on pavement. It also plays into dirt racing as well. Go to Bubbas during speedweeks, watch the winged sprints then return for the USAC non wing racing the difference and excitement are dramatic. While not born of the wing speed and one groove racing go hand in hand with NASCAR especially on the cookie cutter tracks.

I suggest that some of you quit living in the past. [/QUOTE]

Sorry eggs, I can’t agree. No pavement class passes more than winged sprints. You should take in one of our races bud.

Rex… Do you actually believe the wing is only for speed, but doesn’t add stability? Not true AT ALL.

The aero drag from a wing is huge down the straights, but more than makes up for that in the corners. Winged cars are probably tougher to keep under control on the straights than they are in the turns.

That’s why modern Supermodifieds have the hydraulic wings that lay flat on the straights, but pop back up under braking. It provides the best of both worlds.

Try a Non-Wing show & see which one is more of a handful to drive.

Ya Rex try a nonwing show and really see the difference. Can’t believe you haven’t made any shows. Yes it is true the wing really does alot for speed and handling thru the corners. Nonwing is a lot more of a hand full with the lack of down force and same power makes for a great time.

I have raced wingless. It is fine, but I prefer using a wing. 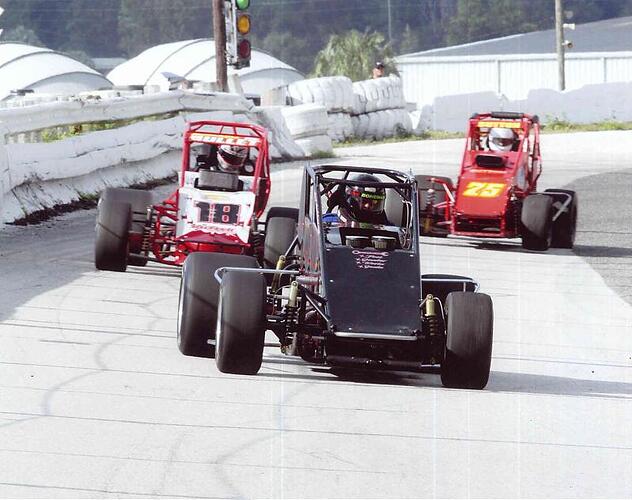 Rex I feel that way about running the wing its fine but like it without much better. That’s why there is 2 sprint choices that helps everyone with their own preference with or without that truely is a choice.

Well, they do help in the event of a serious crash.

What about a small wing, about like the supers ran in the 60’s?

Just enough height for good "crushability"and a little better than roof-size, small matching side panels on both sides.

Safety + a minimum of downforce.

Think of the nationwide publicity for such a thing… 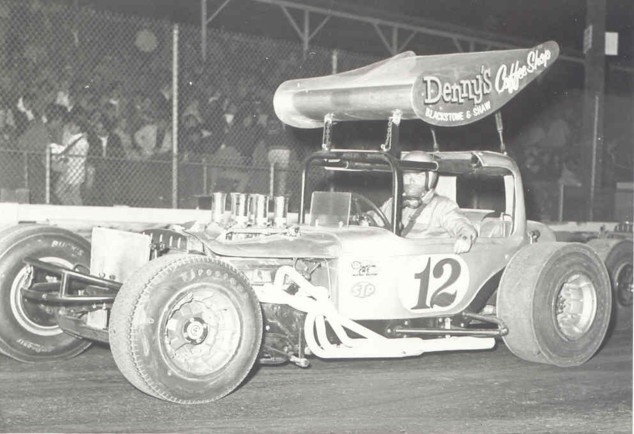 I always chuckle at the “They’re safer with wings” people. They look way cooler with wings no doubt, and each have there different attributes that make them both great, but they’re not safer. How can they be safer when they crash going 20-30 mph faster? Oh yeah, it “absorbs” the impact"…yeah, sure it does.

Correct-O, that is why post 16 shows one of reduced size, and a max angle could also be mandated.