Thought I would pass along this great story posted on Speed51 today… I
corrected a couple of inaccuracies including when the first World Series was
run… The original story states “February 1967.” Actually it was a one-day
show featuring Late Models in February 1968… the track did not open until
April 23, 1967 and it was dirt at that time… Tiger Tom Pistone won that
first World Series race in a former NASCAR GN 1964 Ford that had a bunch of
weight cut out of it… By the way, although this is the 48th year of
operation for New Smyrna Speedway, this is the 49th running of the World
Series… That is because two “World Series” were conducted in one calendar
year back in it’s early history… We are still trying to confirm what year it
was but it was either 1969, 1970 or 1971… One was held on the traditional
dates in February and the other (I think) was in November. Enjoy the story!

One number you’ll hear brandied about a lot in the coming weeks is “49”.
The 2015 running of the New Smyrna Speedway World Series of Asphalt Stock Car
Racing will be held for the 49th time in the history of the track, running
from February 13th to February 21st.

The World Series started with a one-off race at the then-known ‘Daytona
Raceway’ in February 1968, grew to a few-day Late Model-only event for the
next few seasons and then blossomed into the multi-divisional, week-long event
that it is today starting in the late 1970s.

Along the way, some of the greats in asphalt racing have made their mark in
the February event and produced some of the most competitive fields one will
ever see in racing. If you’re curious as to the origin of this feature’s
photo (pictured below), that’s Dick Trickle racing an “Ole Blue”
Lenny Boehler Modified in the World Series in the mid-1980s, the only time
those two legends ever got together.

Here are some of the numbers that define the World Series past and can help
give a glimpse into what to expect for 2015.

0: The number of rain outs during last year’s World Series. With the typical
Florida humidity and simply the length of time the event goes on (9 days),
it’s not unusual to see 1, 2, or even 3 nights rained out. While last
year’s World Series went off without a weather hitch, it is unlikely to
happen again. 51′s Third Turn is currently scanning in World Series’
history and of the 17 seasons we’ve thus far documented, 14 had at least one
night rained out. Rain outs most benefited Kyle Benjamin back in 2012. Due to
school, the youngster was going to miss the first two nights of the series but
both of those nights were rained out. The six nights Benjamin did get to race
were enough to let him claim the Super Late Model title.

3: The number of Canadian champions in World Series history. How can you call
it a ‘World’ Series if you don’t get a little representation from au
nord de la fronti?re, eh? Junior Hanley, who won just about everything else
there is to win in racing, captured three World Series LM titles while often
competing with Gary Balough in the 1980s for driving most creatively
engineered machine (to put it generously). Jerry Artuso, who relocated to
warmer climates early in his career from Sault Ste. Marie, won both the
IMCA-Modified and Crate Late Model title in 2005 while Martin Latulippe was
the top Pro Late Model man in 2011.

5: Number of post-race technical DQs handed out during the 2014 World Series.
Tech director Ricky Brooks has helped reign in a wild, anything goes tech area
of years past and has helped make a level and even playing field for the
competitors. To win the title this year, a driver is going to have to avoid
trouble on the track and in the tech shed. Just ask Ronnie Silk – despite
dominating the Modified competition last season, a mid-week DQ meant he would
have to eke out the Tour-Type Modified title after coming into the last race
trailing in the points.

7.5: Spencer Davis’ average finish in the 2014 World Series. Davis competed
in 20 total races during the event, competing full-time across the Super Late
Models, Pro Late Models, and Tour-Type Modifieds. Davis won the Pro Late Model
championship, came close to winning a few Super Late Model events, and
finished in the top-ten in every Tour-Type Modified race despite it being
Davis’ first outing in the open-wheeled machine.

10: Ted Christopher’s titles in World Series action, the most of any driver.
Nine come from the Tour-Type Modifieds while he was also the SK co-champ with
brother Mike in 1991. Christopher also leads the Smyrna World Series all-time
feature wins list and is tied for most championships in a row in any division
(1998-2001).

11: David Rogers’ iconic number. It’s hard to imagine a World Series
without Rogers, who first competed in this event in 1974 and won the Super
Late Model titles in 1999, 2001, and 2009. But the champ has been in a bit of
a slump in both World Series and weekly Late Model competition at New Smyrna
in recent years. He’s only won one World Series feature since 2010 and that
was thanks to a DQ. Will he regain his form in 2015?

12.2: The number of miles it takes one to get from Daytona International
Speedway to New Smyrna Speedway. It’s a hop, jump, and a skip for most fans
down I-95, and everyone in town for the Daytona 500 needs to come out and take
in a full night of action at least once. That number was pretty crucial back
in the 1970s, when Modified drivers would compete in the Permatex 300 on the
high banks of Daytona in the afternoon and then scoot down to Smyrna at night
to race their regular machines.

19: The number of previous Tour-Type Modified champions over the previous 39
World Series the Modifieds have been in action. In addition to Christopher and
Richie Evans (more on him in a moment), Steve Park, Tom Baldwin, Eric Beers,
and Reggie Ruggerio are multi-time champions.

20: The number of events on tap for the 2015 Joey Coulter’s Truck Series
teams. After a really strong first year thanks to long-time Pro-Truck icon
Rick Bristol, the tour is expecting to put on a good show for fans when they
are the featured division Saturday, February 14th. Racing on some of the
state’s most iconic dirt tracks as well as asphalt, this tour is one to
watch in 2015. Their inaugural champion was Becca Monopoli, whose 6 wins in 14
races was the most by any female in any major short track touring division in
2014. Expect her name to pop up again come World Series time.

29: The number of ACT drivers entered for their three-night American Racer
Challenge Cup. Both of last year’s ACT champs – Joey Polewarczyk Jr. and
Alex Labbe – spearhead a contingent that feature 8 different states and
Quebec. Polewarczyk was the ACT World Series inaugural champion in 2011.

39: Number of New Smyrna wins for Richie Evans. The “Rapid Roman” almost
single-handedly got the speedway to invite the Modifieds in for the first time
in 1976. His reward was a complete domination of the Modified division –
scoring the championship in 1977, 1979, 1980, 1981, 1983, and 1984. In 1984 he
won each and every race he started – missing one feature due to a heat
crash. After tragically losing his life at the end of the 1985 season,
Evans’ name is now memorialized in the week-ending Richie Evans Memorial 100
for the Mod Squad.

180: That is the number of entries across the six divisions that competed at
New Smyrna last season. The Super Late Models added 52 towards that total, the
most of any division.

183: The number of words combined in the ‘Star Spangled Banner’ and ‘Oh
Canada’, which will be played prior to the start of each night’s racing
action.

Thanks to Tim for a great insight into the World Series!

In other news: A good field of trucks are now expected for the 2015 season
-opener for the Joey Coulter Florida Pro Truck Series. Leading the was will
be defending Series champion Becca Monopoli of Lakeland, Veteran Danny
Anderson of Sarasota, winner of the big Charity race at Auburndale last
December has entered the mix as has another Truck racing veteran, Wimauma’s
J.R. Garcia. Last season’s Series “Most Improved Driver” Rodney Haddock is
entered along with his son Blake. Also returning to action is another strong
lady driver, Whitney Poole from Vero Beach. Others indicating they will be
there are Eddie King Jr., Kody Jett, Eddie Lichtenberger Jr., David Patterson,
Michael Goddard, Derek Pugh, Doug Elliott and Dean Butrum. There have also
been quite a few calls from the Truck teams in Georgia and one driver from
Charlotte, NC plans to make the trip. The Coulter Truck Series runs a 25-lap
preliminary event on Friday night and their season-opening 50-lap points race
on Saturday.

Bassett Racing Wheels are the latest company to sign on as a contingency
sponsor for The World Series.

Former New Smyrna Speedway/Orlando SpeedWorld and ARCA racer Alli Owens of
Daytona has been hired as a Business Development Representative with Best
Price Trailers located at 930 Ridgewood Avenue in Daytona Beach. Alli was in
attendance watching the recent Pete Orr Memorial and said that although she is
now pretty much a full-time mom to two kids, she may have a chance to get back
behind the wheel later this year. 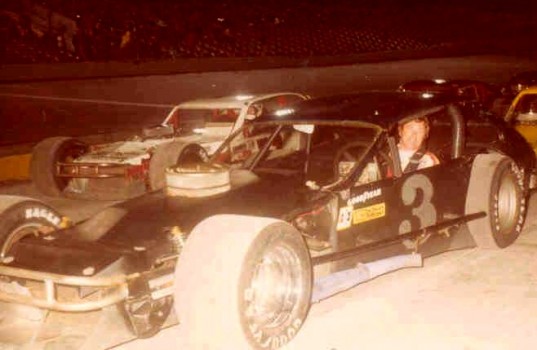 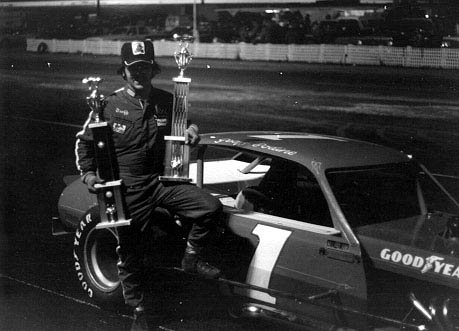 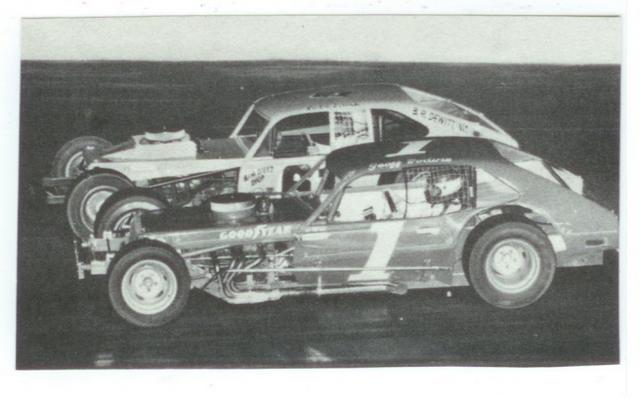 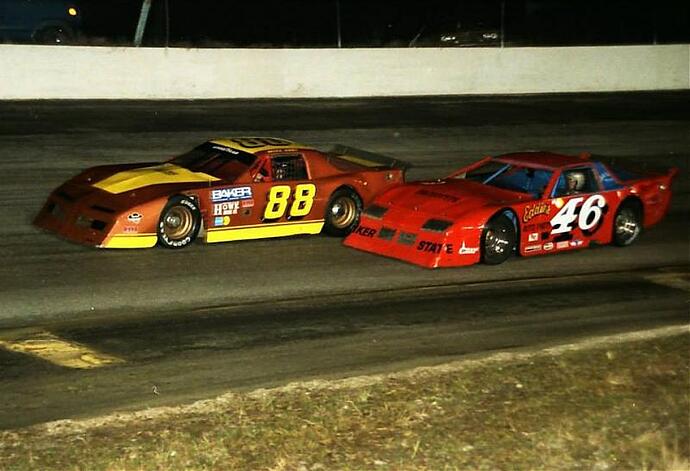 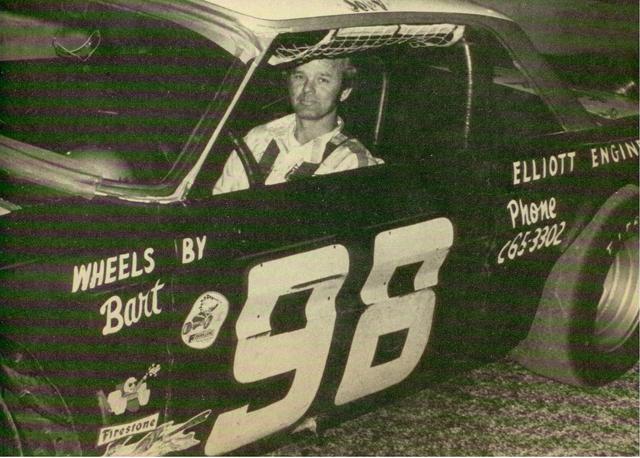