Eldora Speedway founder Earl Baltes, who took the land that came with the Eldora Ballroom he purchased and turned it into one of the most well-known and prestigious dirt tracks in the country, died Monday morning at Miami Valley Hospital in Dayton, Ohio. He was 93.

Baltes built a quarter-mile dirt track on the rural site in Rossburg, Ohio, in 1954 and four years later had turned it into the banked half-mile dirt track that fans still go to today. One of his first big events was the World 100 dirt late model race that paid $4,000 to the winner in 1971 and remains one of its biggest events.

Eldora Speedway was built in 1954 and has become of the country’s most prestigious dirt tracks.
Three-time Sprint Cup Series champion Tony Stewart bought the track from Baltes in 2004, and members of the Baltes family still work at the track, which has 17,782 seats plus a hillside.

Eldora continues to be known for big events with big purses, including the current $100,000-to-win dirt late model Dream and the $50,000-to-win sprint car Kings Royal. It also plays host to a NASCAR Camping World Truck Series race, the only NASCAR national series race on dirt.

“Earl Baltes was the yardstick other track promoters measured themselves by,” Stewart said in a statement. "He constantly raised the bar, and he did it by creating events everyone else was afraid to promote. He did them himself, too. Not as a fair board, or a public company, or with major sponsors or millions of dollars in TV money. He put it all on the line with the support of his family.

“He and his wife, Bernice, created a happening at Eldora. They turned Eldora into more than just a racetrack. They made it a place to be. They were integral to the evolution of dirt track racing and the sport as a whole. Earl will be missed, but he won’t ever be forgotten because of his devotion to auto racing.” 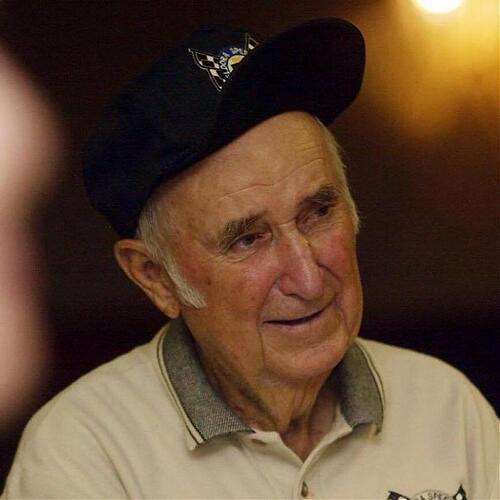 That’s a shame. What a life he had. He was the man when it came to running and promoting a short track. And he did much of it with his own 2 hands.
RIP Earl

A very bright light in auto racing has gone out.RIP and thanks for the memories.