After coming home following surgery and rehabilitation, track owner Robert
Hart had a health set back this Sunday and was readmitted to the hospital.
Your continued prayers are requested for Robert. The Hart family request
privacy at this time as Robert and the family need rest. Please no phone
calls or visitors at this time. Send all inquiries to speedway General
Manager Kim Brown at 386-547-2879. Thank you again for your thoughts and
prayers.

New Smyrna Speedway officials are all about doing what they can to provide the
race fans with as much entertainment as possible. As a result, the track has
decided to give the Sportsman division a double feature night on Saturday,
September 12th. On that night there will also be a special appearance by the
Southern Pro Am Truck Series as well.

Fans and competitors in the Sportsman class were very impressed with the good
run by Alexa Anderson. She has just recently began running Sportsman after
many years racing, most recently in Mini Stocks. She started 17th and drove a
good, heady race to finish 11th… not bad with the quality of cars and
drivers in the field. Alexa is just 15 years old and has a nice personality
too!

With the addition of Alexa and Brett O’Donnell to the starting line-up, 51
different drivers have now earned points in the Sportsman class at New Smyrna
Speedway this year! 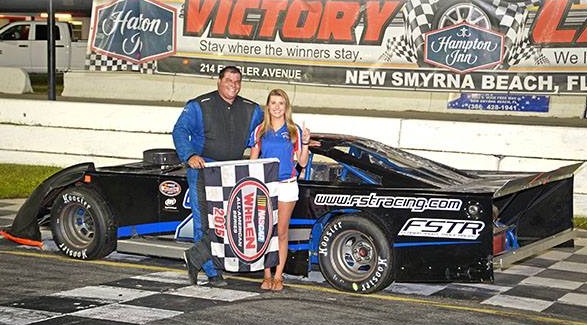 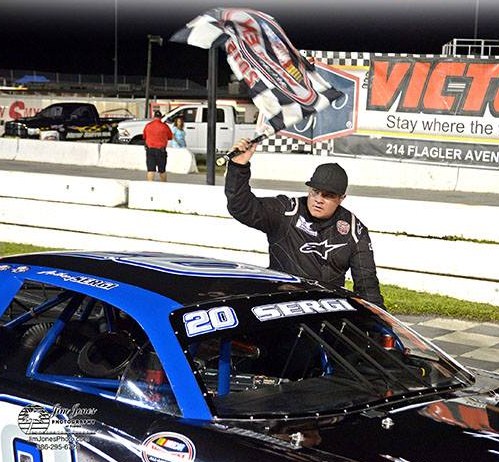 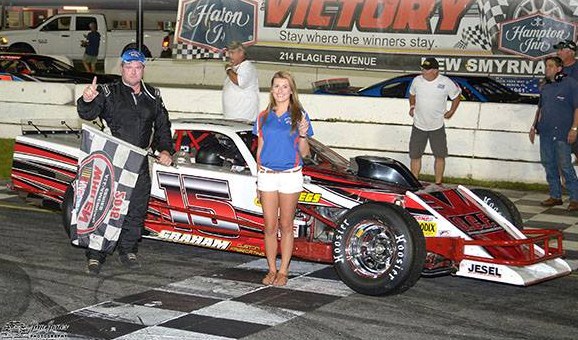 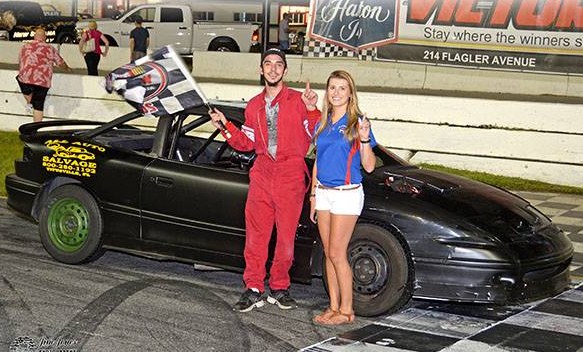 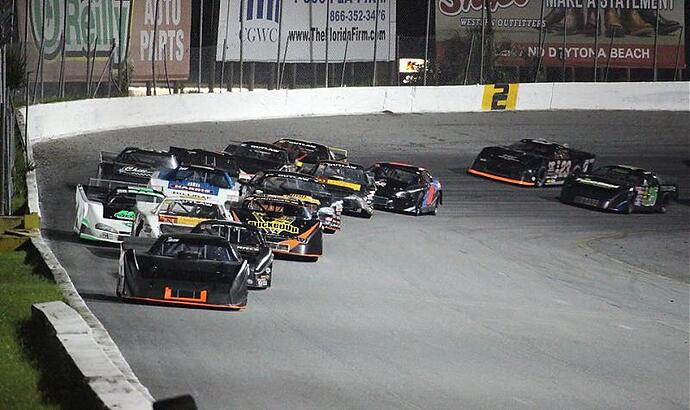 Some other shots from Saturday night courtesy of Megan Matheny: 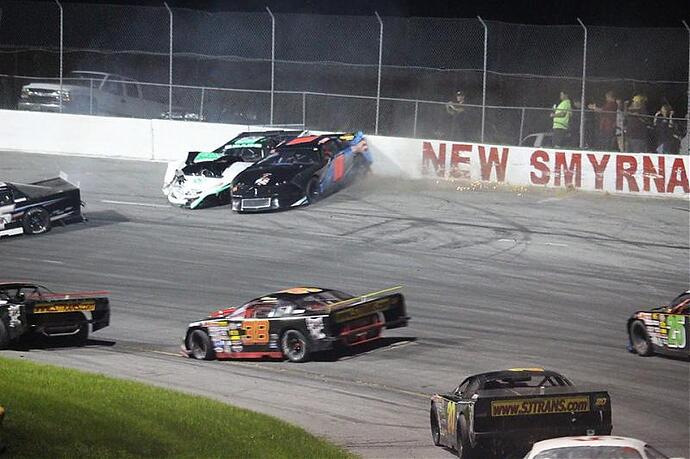 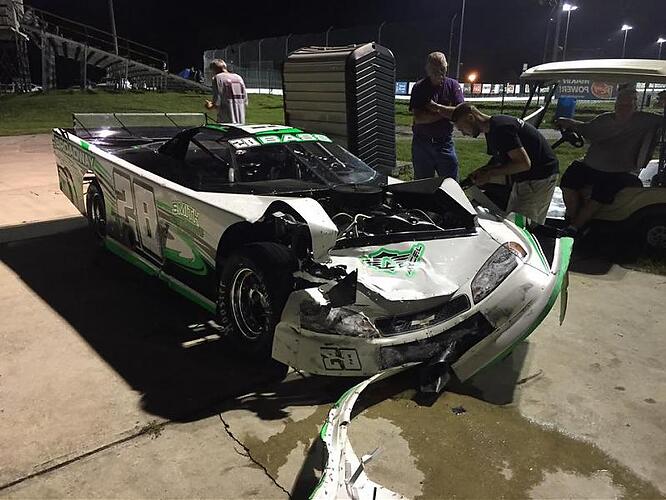 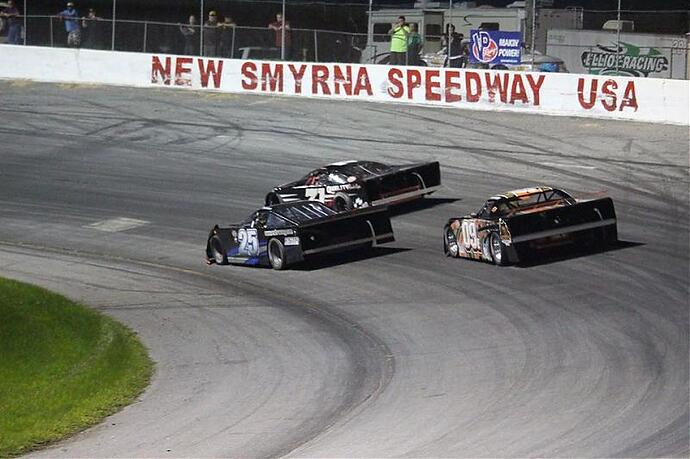 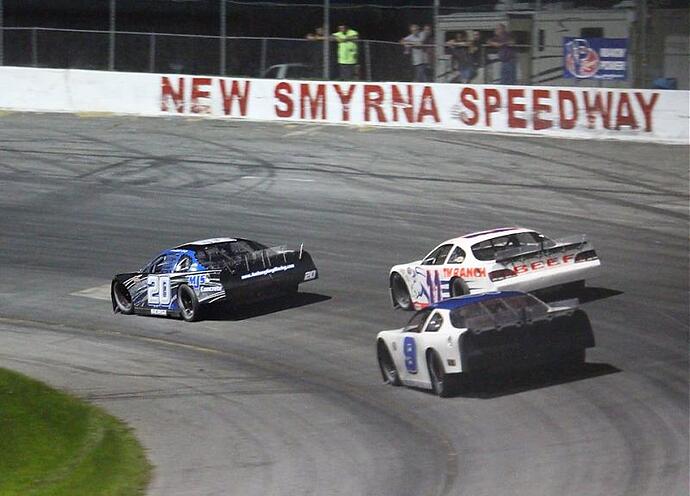 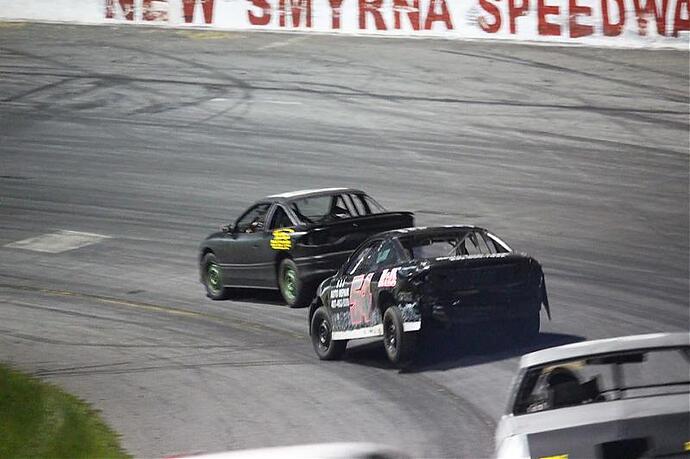