Good luck to the entire TM Ranch drivers of David Rogers, Brad May and Patrick Thomas this week at Five Flags Speedway for the 48th running of the Snowball Derby.

Agreed, and may they all return safely as well.

I believe it was 2007 that was my only trip to the Derby…although I’d been there once before for an All-Pro Series race in 84 I think.

There are very few comparisons that I personally have to that experience.

The Race of Champions in Trenton NJ, American 400 in Nashville, Super Dirt Week in Syracuse,the Collassal 100 at the Dirt Track at Lowes… these races are absolute CLASSICS.

And the Derby is right up there with the BEST there is.

Every year since I did go, something fell apart (time/$) but I WILL be back soon.

All 4 days for me this year!

If you could keep us appraised, especially regarding the TM Ranch Team & drivers, it would be greatly appreciated.

Who has got updates?

Rogers just missed it in last chance race w a flat tire. Was up to 6 or 7 I think.

You watching on speed51?

Sorry guys I have been busy keeping on my followers on twitter, facebook, snapchat and myspace updated, no time for karnac, you guys really need to sign for the social media thing. Just kidding, I’ve been too freakin busy enjoying the SBD!

Patrick had a super good run going and was in contention until he got taken out by the biggest a-hole we have up here. Patrick was driving up the outside of him coming off 4 and was almost completely beside him and the guy just acted like there was no one out there. Then the guy got DQ’d for other dirty driving. - Sorry Pat

we were all pulling for ya, saw u walking around several times but u weren’t there when I came by ur pit. Mader III won, Patrick was lurking there hoping to get his hands around the guys neck that crashed him.
Brad May got caught up in the big one before he really had a chance to get going…looked good tough luck.
Surely David will get a provisional? 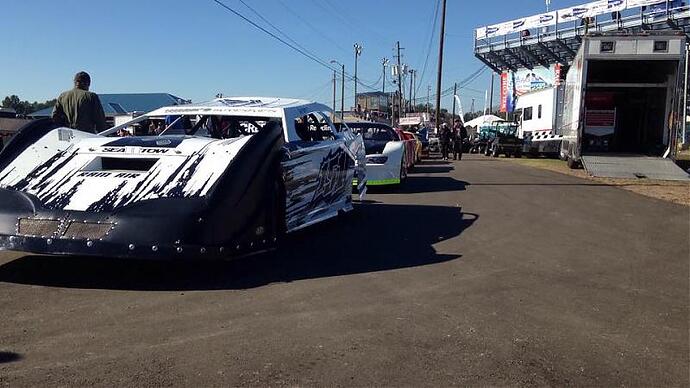 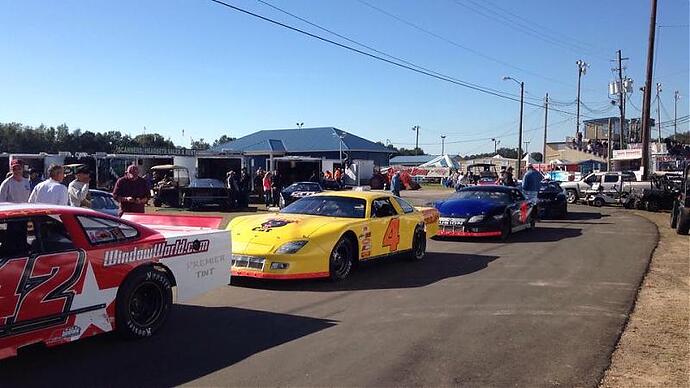 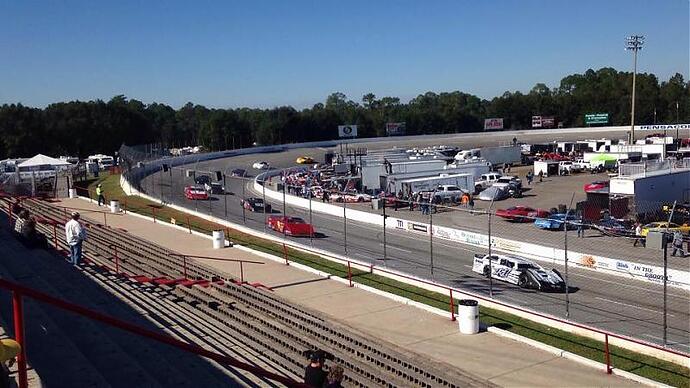 I guess Rodgers didn’t make it

Fans can tune in and watch all of the live video action on the Speed51 TV broadcast beginning with a two-hour live pre-race interview show at noon CT (1pm ET), leading up to flag-to-flag, multiple-camera angle broadcast when the green drops at 2pm CT (3pm ET). Watch it live only on Speed51 TV for just $29.99 by clicking this link.

What’s the story on the dirt Super Late Model on the pictures?
The pace car maybe?

Had a great run going in the TM Ranch Super Stock, qualified P2 fell to 3rd early drove back to 2nd, took the lead in traffic from Dave Mader only to get passed back a couple laps later. Way to many cautions this year, I needed longer runs with my 602 motor, but that never really happened, it took about 3 laps for mine and Maders speed to even out, the 2 to 3 more laps for me to start making up ground. My car was awesome on the high side and could hold off almost anybody, just got run into the fence like I wasn’t even out there. Oh well, we will be back next year.

Thanks David Rogers and Steve Holland and the whole TM Ranch crew for giving me this opportunity to drive a fast beautiful Racecar.

The dirt Super late looking car was an interesting version of how you could interpret the Superstock body rules.

Good nose down force on big track like 5 flags.

Sorry to hear Patrick, but sounds like you did a great job. When I saw that dirt late model looking car, I thought Lurkin didn’t know where he was!

a 25 lap shoot out to decide the Derby- LoL

So much for good job, 3 strikes your done with the Derby. 51 team was warned by judge an jury (Ricky Brooks) about being over on leftside %.
Good job Chase Elliott how does it feel to get it on technicality like 51 did a couple years ago. Turn about is fair play.
All in all very good race today, shame to see John Hunter go up in flames after marching his way to the front.

I know rules are rules but maybe Brooks has a ax to grind with Bell and team, a car goes through tech and is good, qualify pole and not good. go through tech again before snowball , car is good, win the race from the back and now to heavy left side weight. Cars was impounded after tech, so what did they do put heavier rims and tires on left side??? NOT

I was watching live timing on Race Monitor, and they only showed 298 laps. Was that a mistake?

With the fuel burnoff and rubber buildup etc things change over the course of the race. They shouldnt have been sooo close on the numbers prior to the race. He said they were warned 3 times about it and chose not to adjust. They didnt complain when they got the win from Chase a few yrs back.