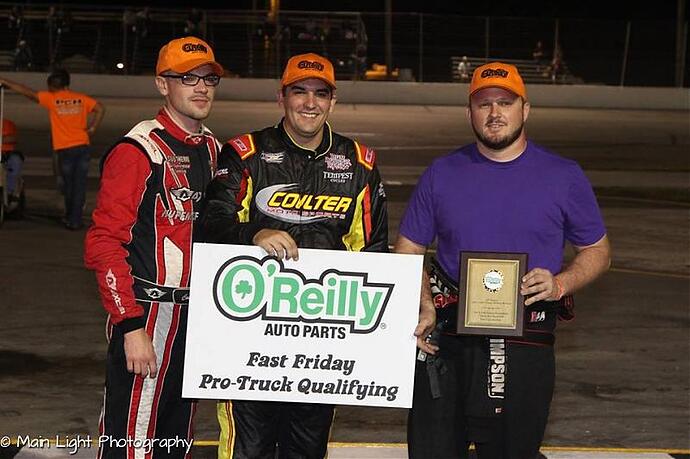 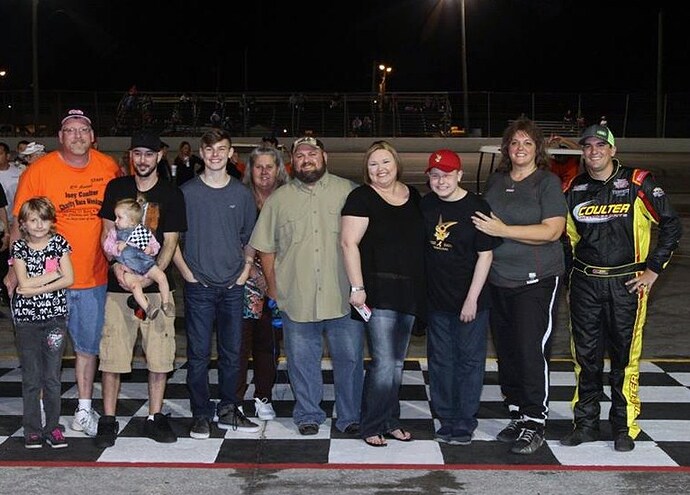 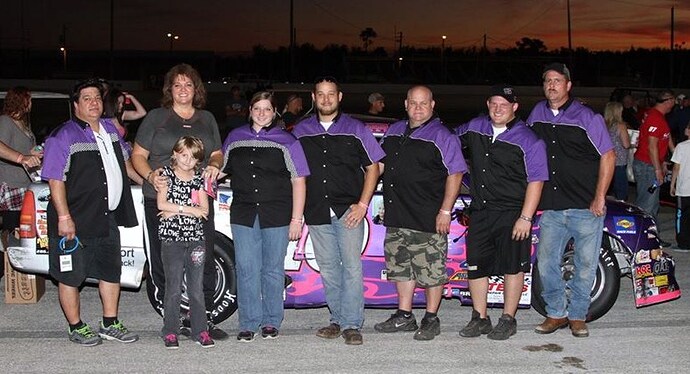 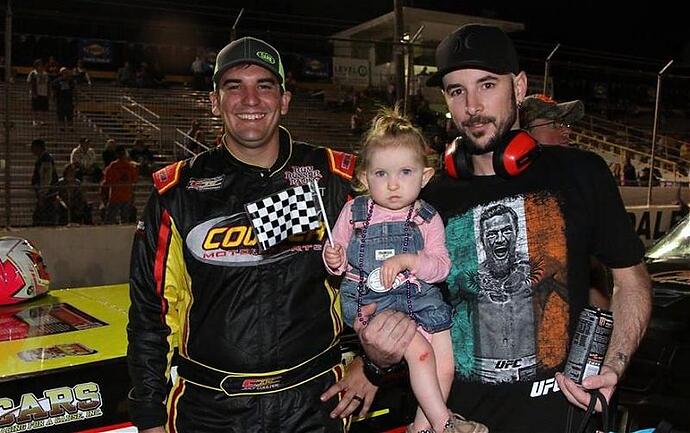 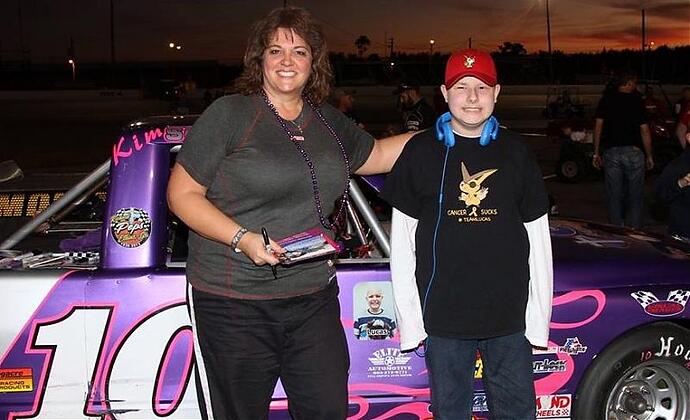 More Photos:
6) Once again track owners Rex and Collette Guy donated the track for the event and paid all the insurance…
7) Kim Scheffler at speed… next year she takes over as Event Director for the charity race…
8) 2014 winner Danny Anderson had a rough weekend but still managed a 10th place finish on the lead lap…
9) Kody Jett gets lifted off the ground by NY visitor Brian McElearney
10) The Coulter Motorsports team celebrates in victory lane… 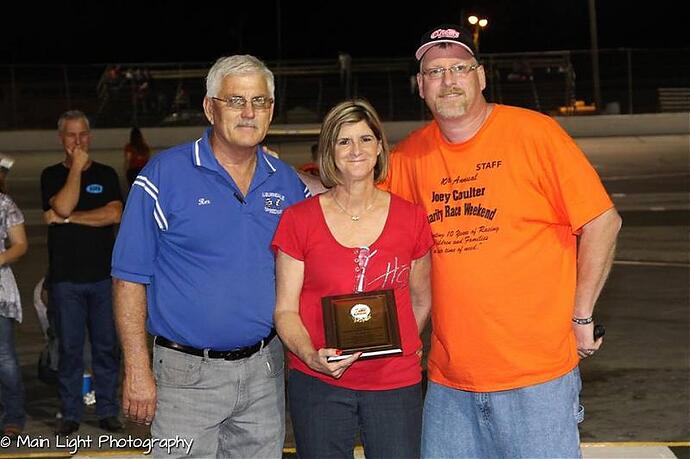 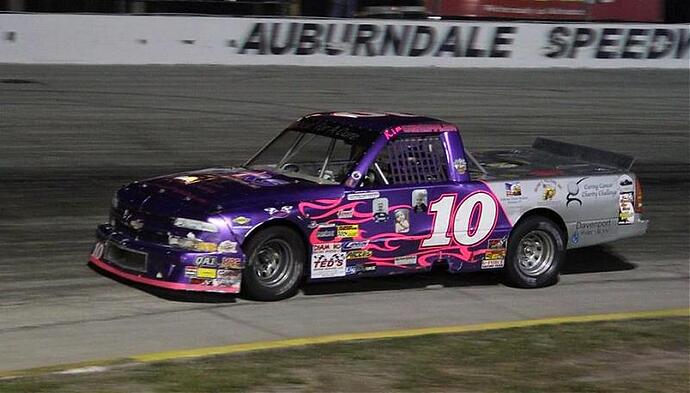 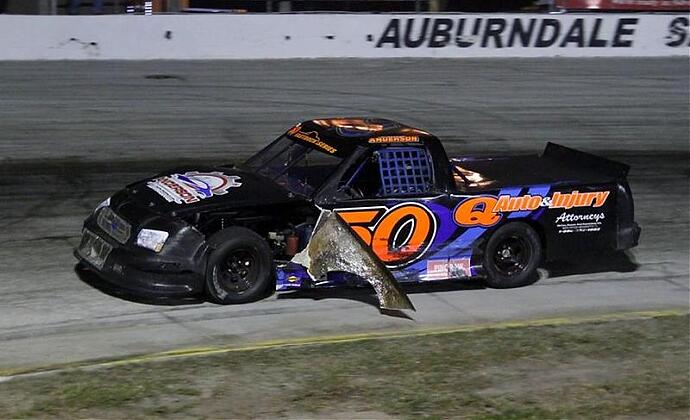 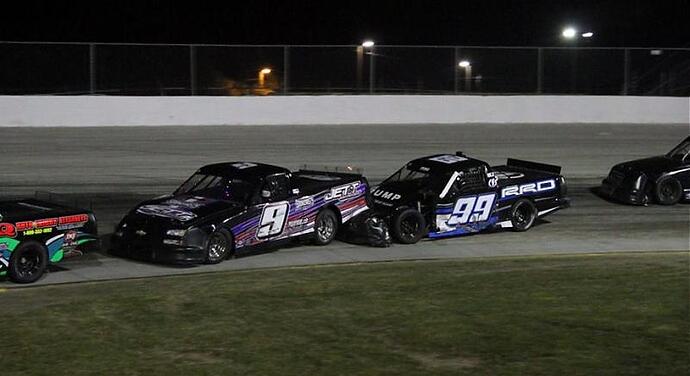 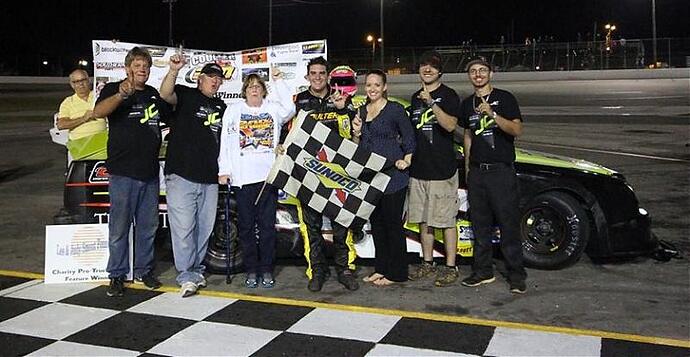 Damn good race and a job well done by all involved.You all deserve a standing o for the evening.Unfortunate Darvolics had the late race flat tire that ultimately wiped out what would have been a hell of a shoot out finish between he and Coulter.A much better race than any of the late model races I attended here in the state over the last several months.Hats off to everyone responsible for this event and too bad for any of you who missed it.This race deserves more support from the Florida racing community and I hope they somehow find a way to get just that.

Appreciate your support, we try to make the event one that the racers, crews and fans can really enjoy. The event continues to grow and your comments can help it in the future thanks !