Tim Russell Brings An Allison Back To New Smyrna Speedway...

24-year-old Robbie Allison, the son of the late Davey Allison and grandson of the legendary Bobby Allison, will join forces with Tim Russell Racing for select Late Model events during the 2016 season. The duo will tackle their first race together this coming weekend during the 25-lap Pro Late Model race at New Smyrna Speedway (FL).

?Tim and my manager Lorin are good friends and have done a lot together with racing over the years and Lorin really felt that running a Pro Late Model for Tim, knowing how much Tim knows about racing and all of the experience he has, would be a really good step for me and my learning curve,? said Allison. ?Tim and I have met before and really clicked well in the past so he was all for the idea.?

?Tim has a great program and his cars are fantastic,? said Allison?s Manager Lorin Ranier. ?His whole operation is top of the line, he has great people he has great equipment, and just the fact he?s such a good race car driver himself that it makes it a great tool. It?s a great program for an up and coming driver, so it makes it a great fit for Robbie.?

?Robbie comes from a legendary racing family and he?s getting his starts and hopes to move on up to NASCAR eventually one day,? said Russell, ?So I?m glad to be a part of his development and hopefully we can get him some good starts and get him a win here soon.?

While this marks Allison?s first time racing a Pro Late Model, he did get some seat time when he and Russell tested at New Smyrna Speedway last fall. Allison immediately felt comfortable behind the wheel, and both driver and crew chief are confident that will carry over to this weekend.

?I?m incredibly excited about this weekend,? said Allison. ?Jumping into that car having no idea what it would feel like or how it would drive, but I had such a good time driving the car. I immediately picked up on how well built of a car it is and all of the work that Tim has put into it. I?m excited to be able to jump into one for the first time and get more seat time, but really to be in a competitive car that has shown it can run up front with competitive drivers.?

?Even though it was three months ago, he?s gonna jump right back in it and he?s gonna be fine,? said Russell. ?He did everything we expected him to do in December and actually better than what we expected. He did a fabulous job and I?m looking forward to this weekend with him.?

Though Allison?s experience with Late Models is limited, he appears to be a quick study. Just last weekend he picked up a win in his first ever Limited Late Model race at Anderson Speedway (SC). Before heading to New Smyrna, Florida for the weekend, Allison will actually will look to defend that win Friday night.

?Being able to run two races this weekend both in competitive cars, that are completely different tracks and types of cars and competition, it?s a great experience for me on a learning level,? said Allison. ?It?s just a gift to be able to get behind the wheel at all but to be able to work with Tim, as successful as a guy as he is in short track racing and as good of a person as he is on a personal level, I think I?ll be able to really gain a lot of knowledge in a short about of time so that?s a positive for me.?

?He won last week in his debut at Anderson, and then just the fact that New Smyrna Speedway is such a historic track and Tim?s team is so good, it?s just a big deal for Robbie to take this step,? said Ranier. ?Robbie was racing street stocks last year, he?s just learning, he?s just coming up, he has a very famous name, but he?s just learning how to be a race car driver.?

Pulling double duty this weekend is nothing new to Allison, who has been racing pretty much every weekend in 2016. After returning to racing just two years ago, Allison is focused on seat time and learning and knows this weekend is another step in that direction.

?I?m trying to run as many races as I possibly can,? he said. ?This year as much as it is a transitional year for me, it?s a mental year. I want to try and keep my mind trained on being in the car behind the wheel as much as possible.?

Allison admits he does get some advice from his grandfather Bobby Allison, a three-time Daytona 500 winner and former NASCAR Sprint Cup Series champion, before hitting the track. Robbie says that sharing his new racing experiences with his grandfather is something special.

?He?s completely dialed in with that I?m doing and it?s been cool to see him really light up again, like I haven?t seen in a long time,? said Allison. ?A lot of times his words of wisdom are really simple and you need to read into them a little bit, but I end up learning lessons for life.?

Allison joins the TRI Driver Development Program looking to add his name to the list of drivers that have won their first Late Model race with Russell?s guidance. Kyle Larson, the 2014 NASCAR Sprint Cup Series Rookie of the Year, is among the list of names to visit victory lane with TRI. 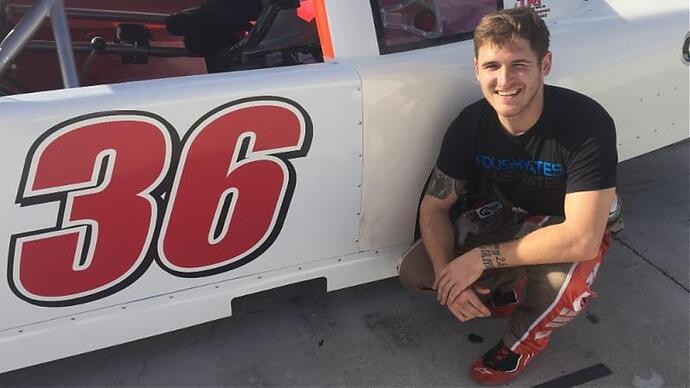 Son of a son of a son…great! A son of name given opportunity!

Let him learn like Bobby did and that will mean something.

Yeah man, if I was close enough I would definitely check this out! I’m kind of jealous of the people that are close enough!

I am still trying to wrap my head around the fact that he has a “manager”.

Well, he darn sure looks like an Allison. I believe Davey was every bit as good as Bobby, we will see if Robbie can drive like an Allision.

I wonder if his manager told him about going bigtime and the acceptance of tats? Maybe he can have “Miller” plastered over at least one of them…

Know what is in the urn? I bet it is tire softener. 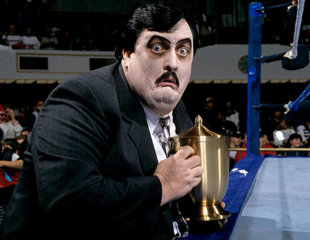 Maybe. Could be Prince’s stash…

But for sure, that is the ugliest Elvis impersonator ever.

(ps–Weren’t both Grandad Bobby & Robert Yates known for being “creative”?)

Maybe he’s confident enough in himself and his decisions that he doesn’t care what people think about his tats, and maybe in this day and age sponsors and fans aren’t quite as judgemental and afraid of others that are different as that comment makes you seem.

“…maybe in this day and age sponsors and fans aren’t quite as judgmental and afraid of others that are different as that comment makes you seem.”--Lurkin

Yeah, and do you know how your comment makes you seem? Er, a ludicrous statement (by me). How I think you seem may or may not have any bearing on how you are.

So, that aside, have you noticed there are no Dick Trickle style cigarette lighters in the cars these days? That the Jeffy, Jimmie, Jamie, etc. types are movie star guys (that are in the Cup cars) as opposed to, say, Coo Coo Marlin types (that aren’t)?

Nope, just thinking about Fortune 500 companies and what they are looking for.

a) We do have the Busch bros and Brad on the track–but if you are going to be a rebel, you had better be very, very good. Even then, those guys are not good enough to keep a job at Hendrick or Roush with their negatives…Actually, did you notice how Brad’s smile and Kurt’s elfish quality improved after they became top-shelf, big sponsor funded drivers?

b) Hey, more power to Robbie, I hope he does well and climbs the ladder. I would love to pull for an Allison.

Finally, care to place a blind bet on whether I have any tattoos…?

If he weren’t an “Allison”, would he still be racing at NSS this weekend? Yes, I’m jealous.

Perhaps. Still, am happy for anyone that “makes it” as far or further as the 36 car–if they are born with the right name, or born into a wealthy family, it matters not.

Yes I read things people put in writing and interpret them and I retorted with how they “seem”, or “come across” to me, it’s what I do when I read something…I realize now you find it ludicrous. I’ll try to do better. Make me understand what I didn’t understand about your comment.

I hope he gets more tats, maybe a sleeve full of them, and I hope he stands up to anyone, sponsors or fans, who have a problem with them.

It’s all good here, no need to impress, but I do help old ladies across the street and only very rarely do I find myself kicking the random cat.

Perhaps. Still, am happy for anyone that “makes it” as far or further as the 36 car–if they are born with the right name, or born into a wealthy family, it matters not.[/QUOTE]

Welllllllll, jealousy falls under “coveting”, and leads to nothing much good.

Am confident you have some great things in your life to celebrate and be thankful for.

Robbie grew up without a Father, that had to not be so great…

And hey, those tats had to hurt!

And you know, excepting the gifted drivers (all of whom we could be jealous of), the rest of us follow and/or participate in The Sport to vicariously “drive” through the drivers. Remember, you is one of them drivers!

I did not see his name in the results? Did he decide not to race? Please let us know… thanks Vince.

He broke something in the rear end early in practice and had to load up and go home early. It was disappointing but he should be back!

(I got to the track at 3 and they had already loaded up, so they broke early.)