Took off on the hour and a half run for Auburndale knowing it would probably rain out.

The skies went from dramatic to just plain bad by the time I reached the track, and rain was clearly coming. So we waited in the parking lot. And it rained. However, they were committed to running the event and they eventually did just that.

The PA was “shorted out” as they yelled across the parking lot to the waiting crowd, and it never came back up.

They ran the “V8 Bombers” (which look like street stocks) first, followed by the Late Models, after which I headed back across the tundra to the house.

The V8 Bombers:
Lots of action all around the track throughout the event. Quite a few cautions and a few tempers here and there as well. The number 153 second generation Camaro of Kyle Peters came from deep in the field, passing on both the high side and low to win the event.

Dutilly started about third. Joe Boyd looked fast and passed the pole sitter and opened a small lead in his Ford. But Dutilly ran like, well, Jessie Dutilly and soon muscled his way to the lead, never to be passed again, although he was roughed up a few times.

The Stories:
Jessie Dutilly’s car–again watched that car closely, and it is dead hooked up from the center off until he lifts. In between it was a little squirrely, a little loose in, and the competition would catch him a little going into the corners. But it was not enough. Not even really close to being enough.

Here is the (unknown) deal for the review and contemplation of the KARNAC faithful. When that car accelerates, the chassis actually lifts up off the rear axle. That is, space in the rear wheelwell increases between the top of the tire and the body. When he lifts, it settles back down. The number 30 is the only car that does this. And when this is happening, he is putting nonstop daylight between himself and whoever is following.

The V8 Bomber finish–Yes race fans, it was another Auburndale head-scratching moment. Granted there was a rain delay. Granted there was the late model feature to run next. Granted there was plenty of framming and drivers “disagreeing” as to their restart position. They have the flagman and one guy on the track on the backstretch to enforce the positions. And that is it.

So, there was a caution with a few laps to go, and the usual scenario of “me first, no me first” that plays out at a short track somewhere every weekend was going on, and after a few laps of flag pointing and etc. a new “solution” was found.

The “no green, no white, just checker” finish occurred. Thaaaaaaats right, race fans, out of exasperation the flagman waved the checker under caution.

I would suggest that the “issue” be reviewed and a better Yoho-type solution be found. It was an anti-climactic finish to an exciting race.

The Wrap Up:
Hey, they got the race in on a rainy night, and it was well worth the drive. I will be returning to Auburndale again soon, for sure.

What was the closest finish of the night was the mini cup feature with the top three cars banging each other and coming across the stripe in a blanket and then spin each other out in turn one afterward. Gorham seemed to maybe have a little something to run down Dutilly through the middle of the race as once he got into third he was slowly reeling in both Boyd and Dutilly and started to put a move inside of Boyd coming off two but couldn’t pull it off. The last twenty laps or so his car tailed off a bit and he eventually came home third. The bomber feature was what I have started to figure as a typical Auburndale finish. Totally confusing.

Rex says the PA will be fixed for this coming week… It never really worked right at any point during the evening and died out totally after the rain… was a real disappointment for Rick B. & myself but moreover felt bad for the sponsors and the fans in general… Nice crowd despite the weather…

Sorry the PA did not work for you & hope to catch your announcing next time.

Some great photos from Speed51.com: 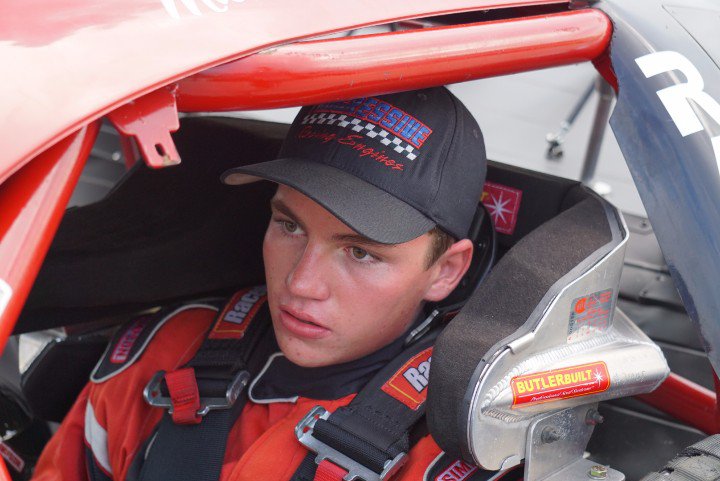 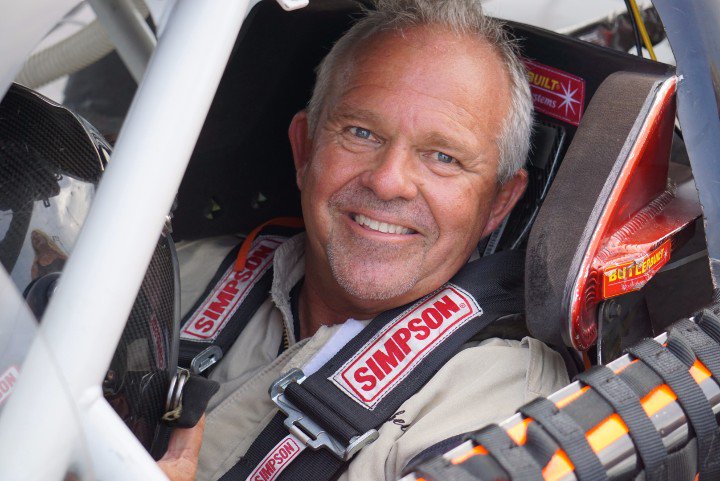 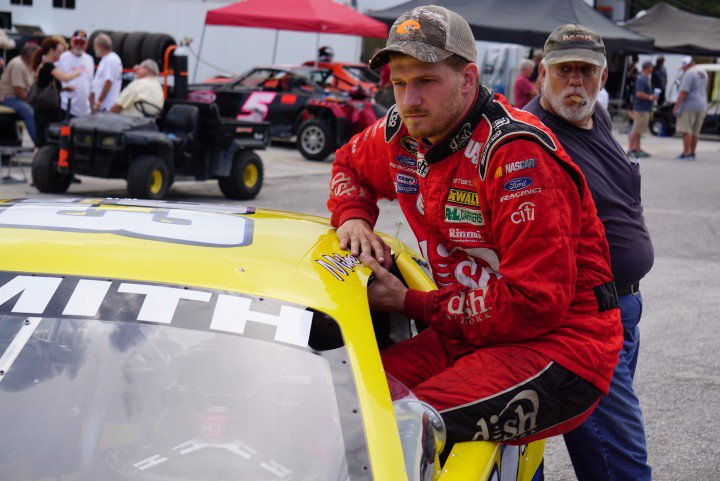