The Southern Pro-Am Truck Series wrapped up the 2016 season in style on Sunday, November 27 by tackling the tough road course at Homestead-Miami Speedway, a course that also featured use of one of the high-speed high-banked turns of the mile-and-a-half facility.
The speed of the track soon played out during Saturday afternoon’s practice when the drive shaft broke on Taylor Hosford’s machine doing considerable damage before she could get back to the pit area. The damage was too severe to repair but fortunately Taylor was not hurt by the flying debris. However, her weekend was cut short and she also saw her chances at a possible point championship go by the wayside.
The weather for Sunday’s half-hour timed race was picture perfect as Lake Placid’s Randy Leonard started on the pole but it would be Victor Leo of Davie grabbing the early lead as Leonard immediately began having transmission issues. Leo would lead the first seven laps with very little pressure until the field began to come back to Leo who began having fuel pick-up problems.
Point leader Cole Partelo of Largo made his presence felt as he snared second place from Tampa’s Steve Jones. With Leo falling off the pace on lap 11, Partelo took over the point and was never headed from there. Jones had already had to come to pit road with a tire problem on the tenth lap, so Partelo had an easy run to the checker as Chad Chastain took second as the only other truck still running. Leo was credited with third spot over Jones and Leonard.
With his win, coupled with Hosford not starting the race, Cole Partelo was declared the 2016 Southern Pro-Am Truck Series champion. Hosford finished second, 46 points behind Partelo. Rounding out the top ten in points for 2016 were Leonard, Chastain, Dean Butram, Paul Grynewicz III, Raymond Dormer III, Donnie Burkhalter, Cody Martell and Brent Tyler.
The next event for the Southern Pro-Am Truck Series will be the 2016 Awards Banquet on January 21, 2017. The banquet will be held at Sebring International Raceway in the Hall of fame building located in the pit area of the storied Sebring facility. 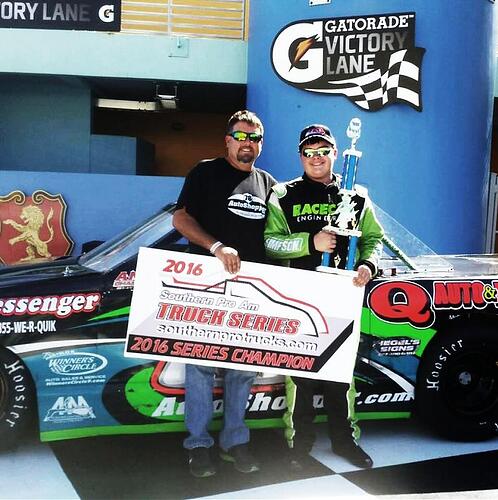 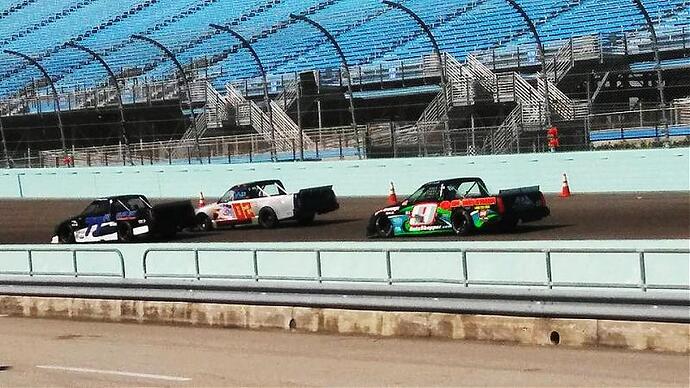