Does anyone know if Dick Trickle ever won a race at Orlando Speedworld? I’m assuming yes, since he usually came to Florida both at the beginning and end of each racing season, for many years.

But, I’m having trouble finding any results on the Internet, to show that he won at Orlando.

I could only find one start he made at Orlando. In October of 1986 in a NASCAR All American Challenge race, finishing 2nd.

I could only find one start he made at Orlando. In October of 1986 in a NASCAR All American Challenge race, finishing 2nd.

Thanks for this information.

Dick Trickle was an amazing driver

But he didn’t win everywhere he raced.He came to Columbus Motor Speedway in 1977 to race a leg of the Ohio State 500 series and got beat on by the locals before finishing outside of the top ten.I don’t believe he ever came back again. We happened upon him the next day trying to piece his car back together at a local mini stock drivers house in an attempt to run the next leg of the 500 at Lorain County Speedway the following night.My dad directed him across town to his body shop so he could weld up what he had broke.Amazingly he said he usually traveled with just the guy that was with him that day.(I believe that guys name was Victor.)It’s really hard to fathom in today’s high dollar big race team operations a guy running all over the country with that small of a deal but that shows how much things have changed. 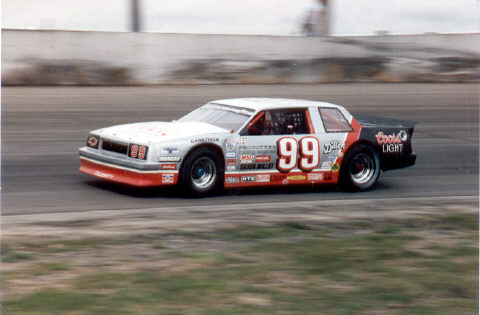 and one I’ve never seen before either.

You are close,but no,---- dick trickle has never won a big race at orlando speedworld. he ran asa, artgo, nascar all american challenge series, even the old grand marque series, even once with the all-pro series. he ran in the winter at the desoto icebreaker races. numorous times at the great triple-crown racing events that started out out on friday nite at orlando, sat. nite at sunshine, and sunday afternoon at desoto speedway and, along with the big, heavy hitter racers at that time. but no, mr. trickle ,god rest his soul, has never won at this raceway you are referring to. as far as I can remember.