Joe Leonard was one of my favorite racers and he passed last week. Here is a great bio on Joe by Robin Miller of Racer.com:

He was a champion on two and four wheels who drove for Dan Gurney, A.J. Foyt and Parnelli Jones and earned the respect of anyone who raced against him or watched him race.
Joe Leonard, who died Thursday at the age of 84 in a nursing home in San Jose, made an impressive transition from motorcycles to Indy cars that dazzled those three open-wheel legends.
“I can’t think of anyone who was any better,” said Gurney, who gave Leonard his initial ride at Indianapolis in 1965. “I mean he was on the Super Team and beat Big Al [Unser] and Mario [Andretti] over and over, so that should tell you something.”
Joe Leonard grew up idolizing American Motorcycle Association champion Paul Goldsmith, who would also make a successful transition to Indy cars and stock cars.
“I guess I taught him how to ride a motorcycle,” recalled Goldsmith, 91. "We were at the Sacramento Mile and I had him follow me around and I didn’t think the AMA would let him run but I told them he was OK.
“So I won the expert race and he goes out and wins the amateur race. A year later, at the same place, he beats me by three inches to win the big race and he was on his way.”
Leonard was Grand National champion in 1954, 1956 and 1957 before retiring in 1961 to concentrate on cars, and Gurney gave him a shot in 1965.
“I was a big fan of his and kept track of his career, but when I hired him he couldn’t pass the eye test at Indianapolis,” said Gurney, who called Leonard on his 84th birthday last August. "So I went to Dr. Tom Hanna and explained he was a great racer and couldn’t have won all those motorcycle races [27] without being able to see.
"So Hanna agreed to pass him if he got some prescription glasses and that’s what happened. So every time he came into our shop we would sing “Jose Can You See.’”
Leonard qualified for his initial Indy 500 in '65 and then gave All-American Racers its first IndyCar win at Milwaukee.
It was also that summer when Leonard saved Mel Kenyon’s life at Langhorne. Kenyon crashed and was knocked out as his car was engulfed in fire. As he sat slumped in his burning roadster, Leonard jumped out of his damaged car and pulled Kenyon to safety.
Foyt hired Leonard in 1967 and gave him the nickname “Pelican.”
“That’s because all he did was swoop in and take our money,” said Indy’s first four-time winner, whose new driver finished third at Indianapolis that May. “He liked to race and he knew how to race and he was a helluva racer.”
In 1968, Leonard won the pole at Indy in Andy Granatelli’s turbine and was nine laps away from victory when his fuel pump broke.
He was snapped up by Parnelli Jones in 1971 and scored the first of his back-to-back titles with four podiums and a win in the California 500. For 1972 he was paired with Andretti and Unser in the Firestone-backed Super Team.
“He was smart and he was a fierce racer,” said Jones, who loved riding dirt bikes with his driver. “I watched him race motorcycles and he could drive anything on two wheels so I figured he’d be good with four.”
On the strength of three consecutive victories, Pelican clinched the crown with three races to go.
His career came to a shattering end in 1974 at Ontario when a tire blew and sent him into the wall, severely damaging his lower extremities. He tried a comeback a year later but couldn’t pass his physical and wound up suing Firestone.
In the past few years Leonard had suffered several strokes and went through heart bypass surgery twice.
“I called him a few weeks ago but it was tough to understand him,” said Goldsmith. “I just wanted to tell him a few guys older than him were thinking about him.”
Foyt, recovering from stem cell treatment and foot surgery, said it best on Saturday afternoon.
“I hate to hear he’s gone, but damn he was a fighter and a tough SOB,” said Super Tex. “He had a helluva run.” 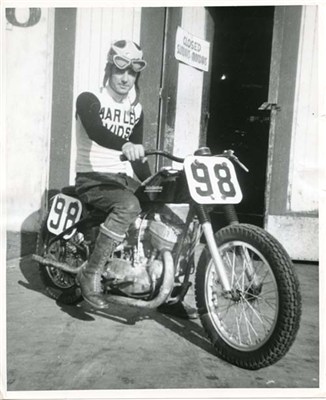 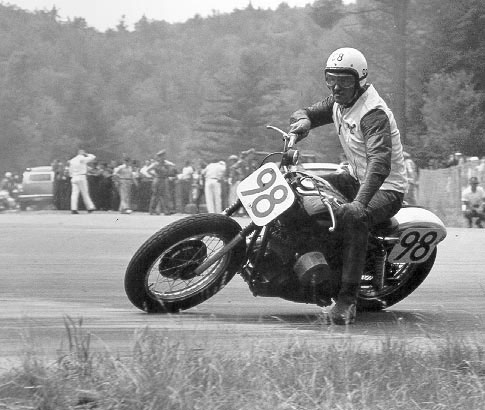 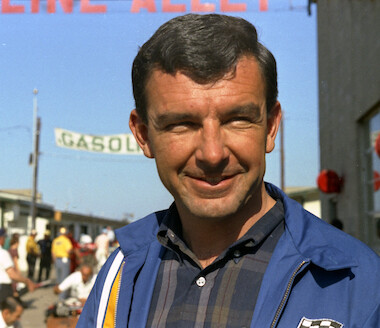 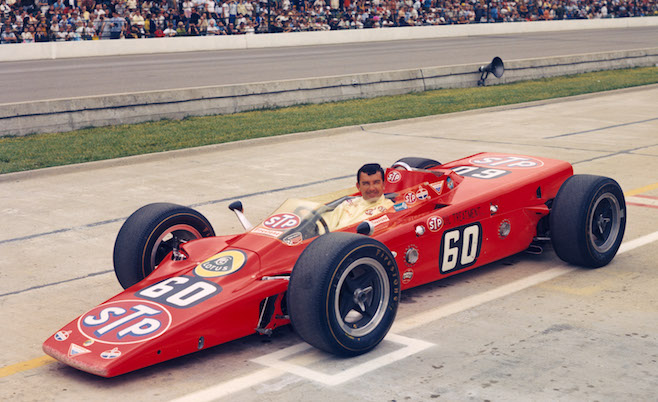 And damn that turbine was dominant when small pieces didn’t fail.I didn’t realize he had the motorcycle background though. Or Paul Goldsmith either for that matter.Sad day indeed when you hear of these past legends departing this world.

One of the true legends of our sport, RIP.