Who drove that number.

Let?s have Some fun and let?s play a game. Also I am sure it will help a lot of us younger guys learn some history for the old school guys.

The game is we will start with 0 or 00 and count up to 100 but we can?t move to the next number until we have filled the last. With a name and if you have it a picture of who drove that number on their race car.

Once a number has be used we can move on tot he next and if you have some one else for a number you can reply their name to the one as well.

I will Start 00 Buzzie

The best part about this deal is it will help me with my cipherin’!

Four The one and only Jim Fenton

(told you my cipherin’ is sketchy)

Ironhaid has to be [SIZE=“4”]#3[/SIZE], or global warming will increase, or something.

Lol oldschool let?s just have fun and bring up some memories It?s bound to happen a few times before we get to 100. 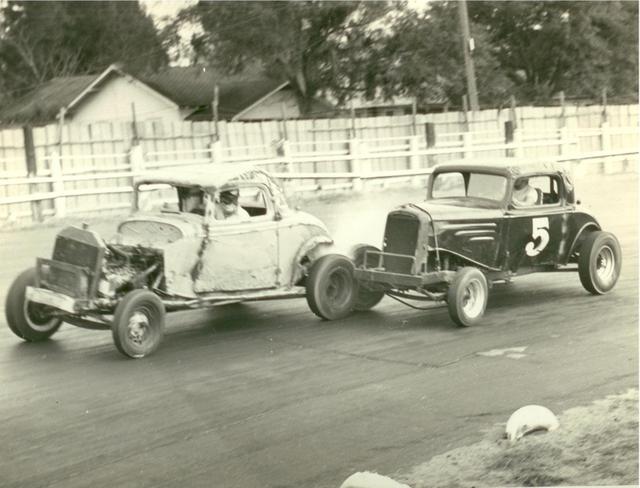 the best #6 of all times “BILLY BARNWELL”, or that kid from Arkansas.

Don’t forget the #7 for Johnny Walker, or The fastest cash register repair man in the world, " Leroy Porter"

The Black #8 for Buddy Teagues

Who could forget the Black and orange#9 of Wayne Heckel. The Parts Mart Special

There is only one

Well it had to be said…There is only one # 11 In Cental Florida, The one and only DAVID RODGERS

Old Bob Luscomb. I remember when he was driving modifieds, and I think building someone’s (like Howe, only I don’t know who it was) modifieds for others. It put the “old” modifieds (like the one in my avatar) out of business and virtually ended the class.
http://www.floridastockcars.com/gallery3/v/Golden+Gate/Bob+Luscomb+with+a+bit+of+a+push+in+his+Modified+-+1967+Al+Major+Photo.jpg.html

And let us not forget the cool #7 Chevelle of the cool Bobby Johns:
http://www.floridastockcars.com/gallery3/v/Daytona/Bobby+Johns+of+Miami+with+his+Chevelle+in+1967___.jpg.html

This is also a good time to mention Dave Westerman’s site which preserves much of the history of local short track racing.

Thank you for your ongoing efforts, Mr. Westerman.