[SIZE=“3”]Jonathan Brown was running right along in the Advance Auto Parts 199 biding his own time. He was running around 8th place until L W Miller came along.
Miller tagged the Hayes Jewelers Dodge in turns three and four on lap 121 bringing out the nights 6th caution flag.
In fact Miller had to serve a one lap penalty for the rough driving.
But this wasn’t the night for Brown. Thirty laps later Brown found himself being tagged by Jay Mize in turns one and two. Brown retaliated and spun Mize back out, much to the roar of the crowd of 11000. Though his car was damaged and had to be towed, Brown was still parked for the night by NASCAR officials.[/SIZE] 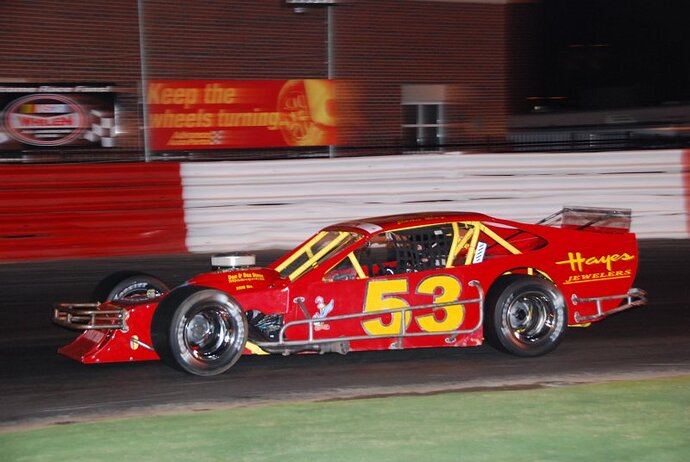 He needs to go.
Jonathan Brown is an instigator. He argued a couple of weeks ago with the flagman while they was just buzzing around with completed laps.
If you argue then throw em out.
:grinser010:

but the truth is…

Jonathan Brown got suspended for his actions in that same race.
And what a blessing it was. He stopped a race earlier this year because he couldnt get his way while the laps kept counting.
Thats not fair to the fans.
No wonder they suspended him the rest of the year.
Another blow to the Jr. Miller team.:grinser010: