Pictures from the Governor's Cup

Some pics from last Saturday’s Gover’s Cup 200 at New Smyrna: 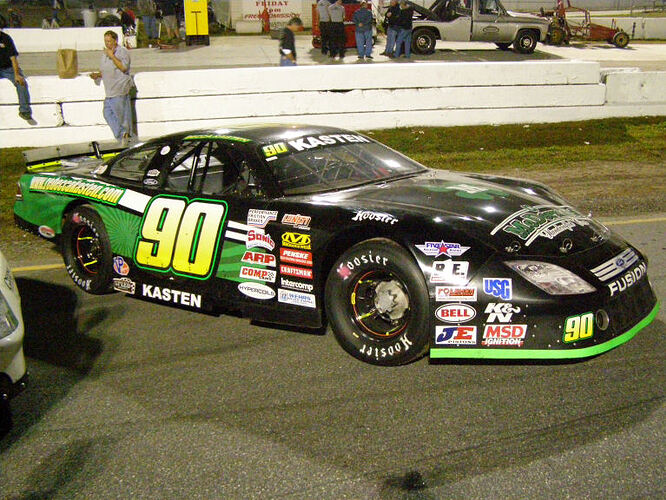 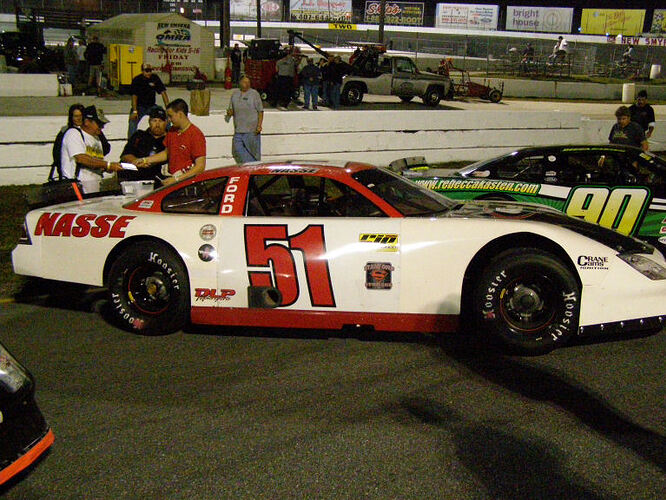 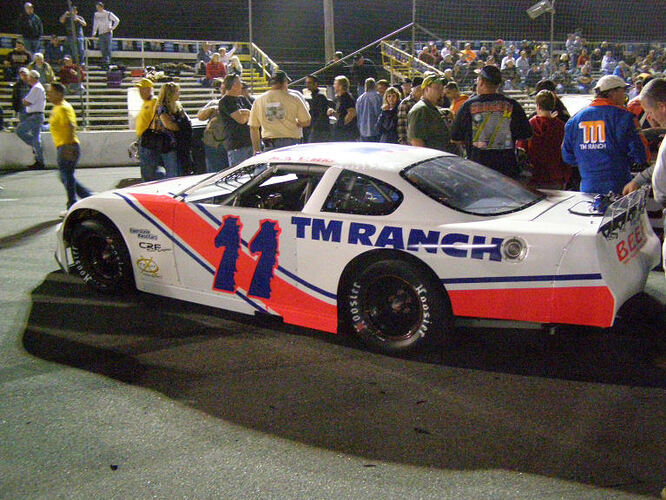 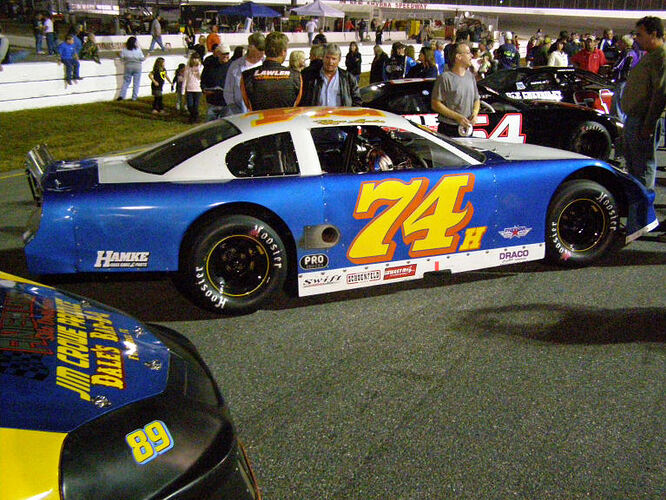 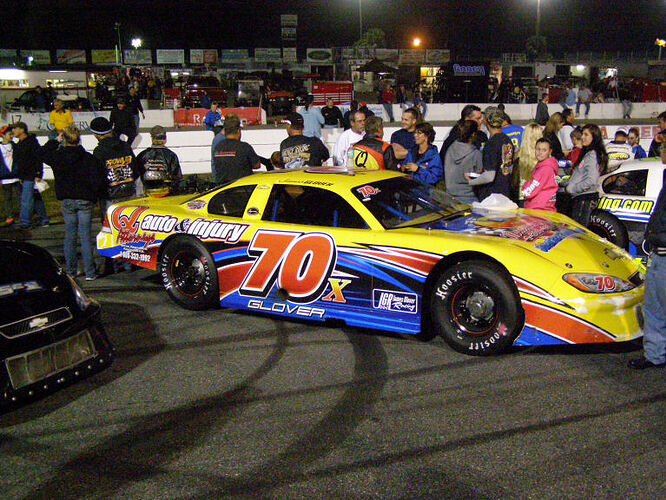 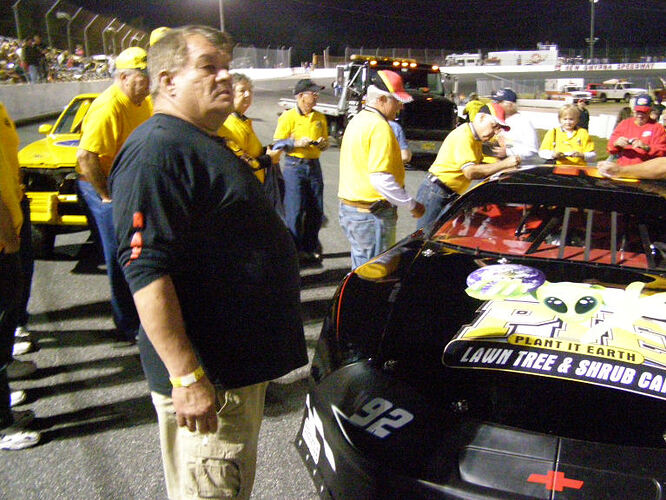 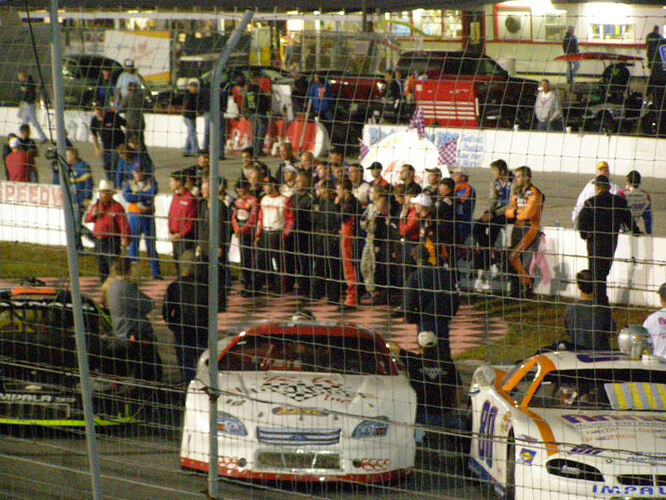 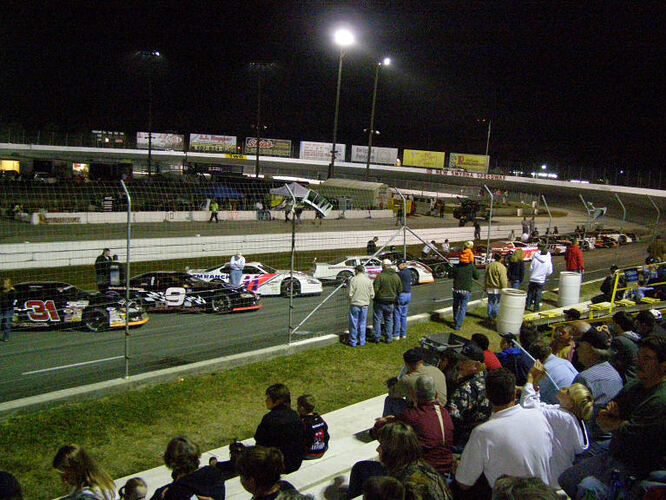 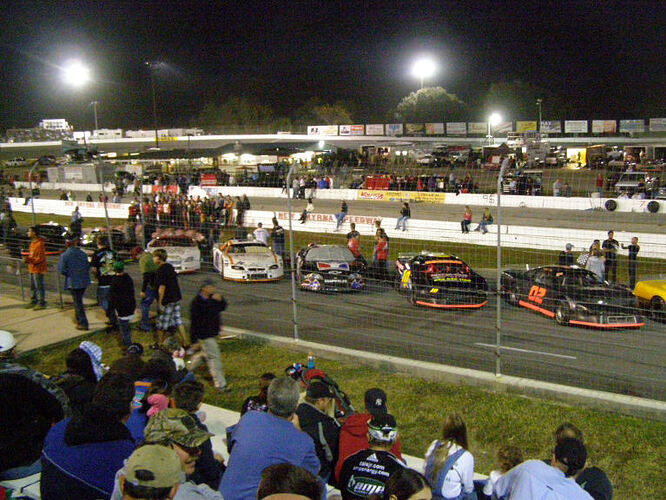 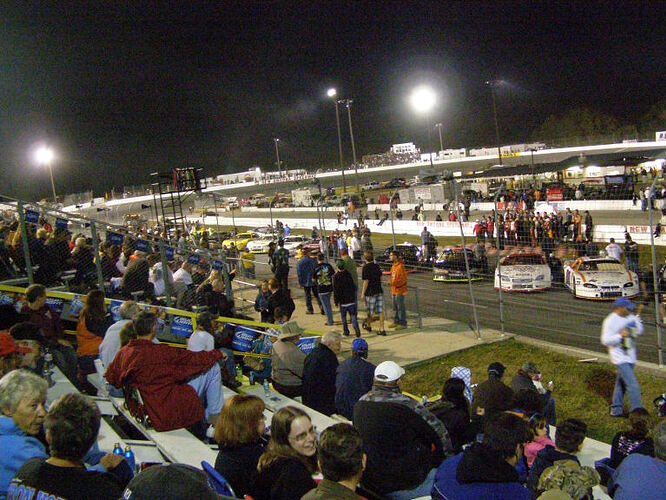 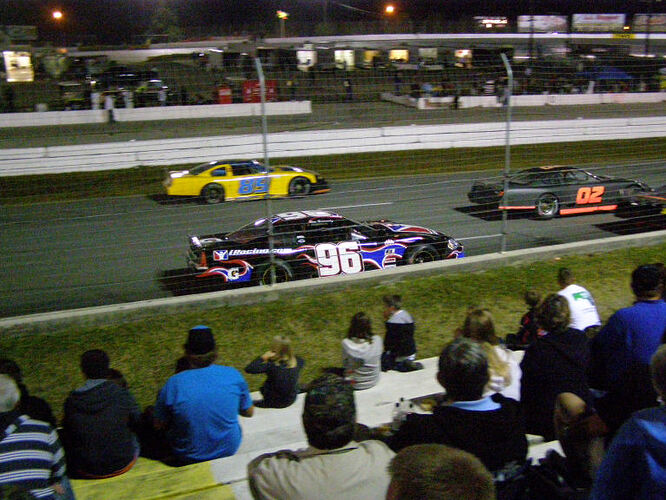 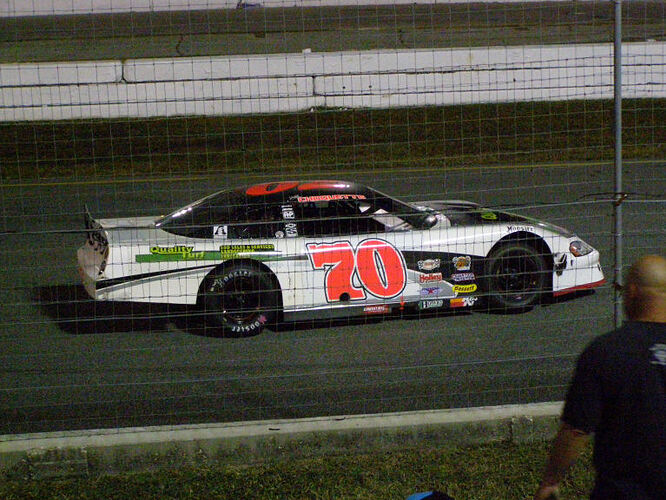 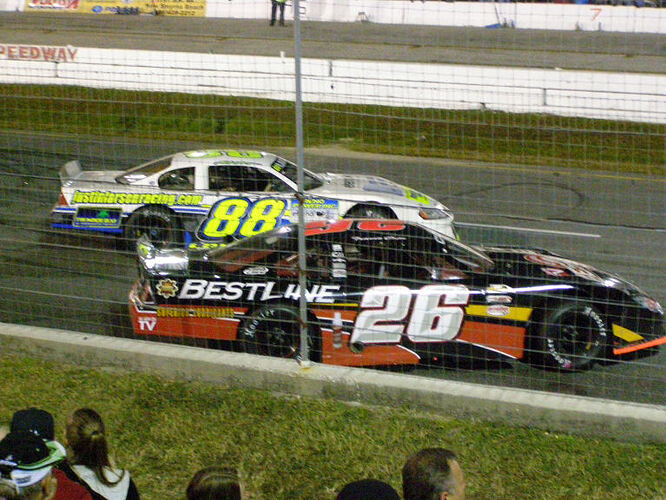 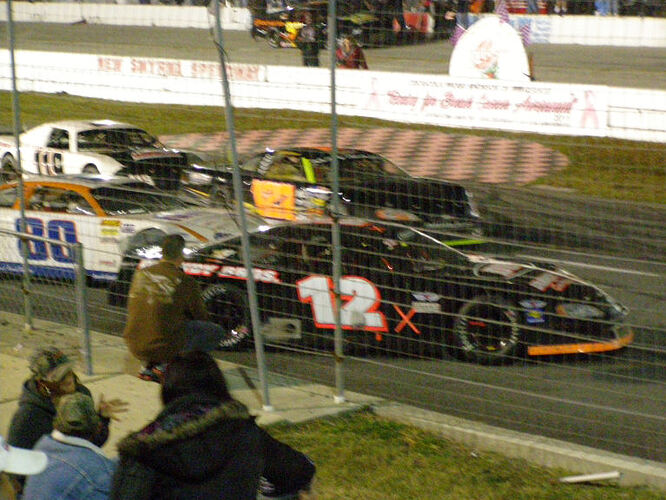 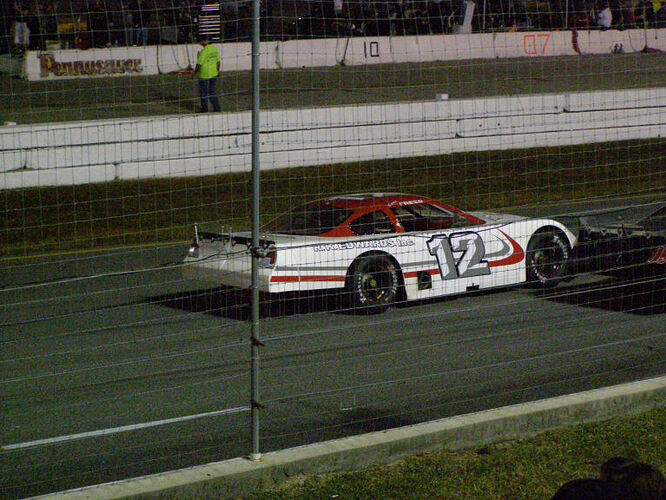 #31 Aaron Pierce out of Indiana ends his night against the turn three wall after starting uip front.

#75 Martin Pierce and #26 Travis Cope avoid the #5 of Joe Boyd down the backstretch.

The field comes to pit road during the halfway break. 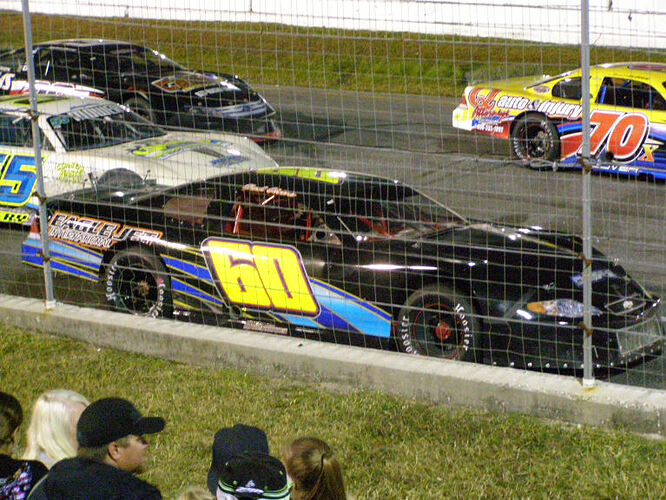 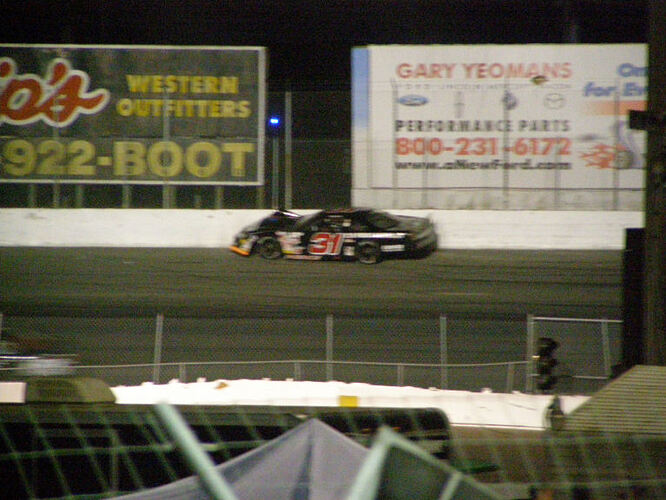 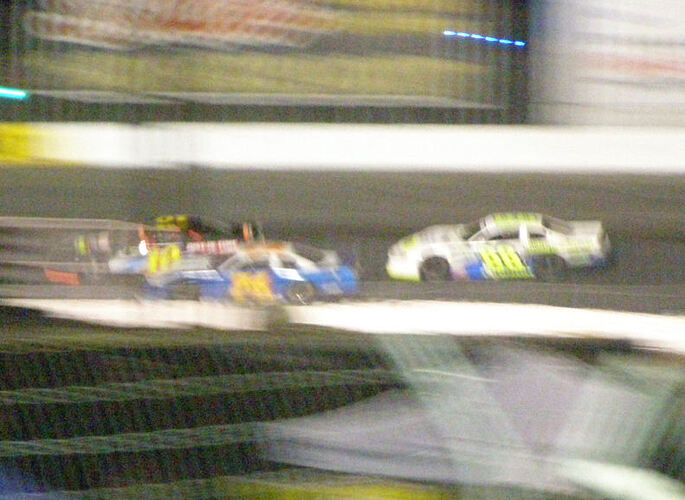 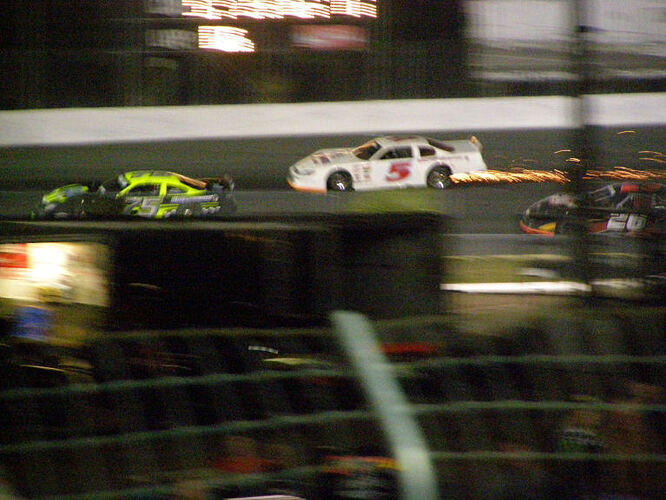 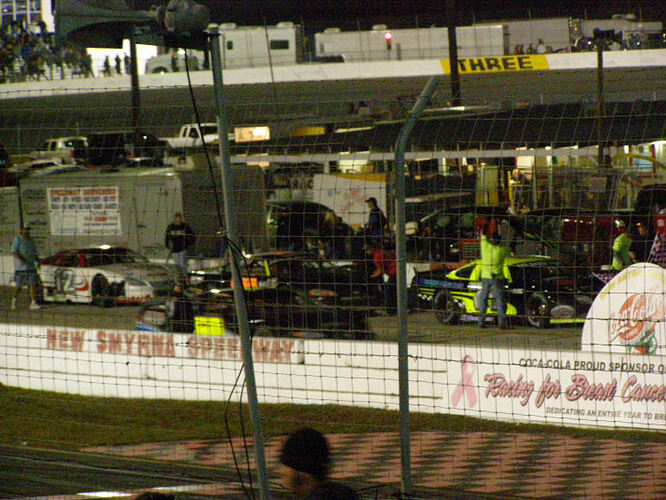 Jeff Scofield hopped into Brian Finney’s #80 after the break, and drove it to a third-place finish.

#90 Rebecca Kasten and #75 Marty Pierce spin together in turns three and four, bringing out the caution flag.

#90 Rebecca Kasten’s night finally comes to end after a lapped car turned her into the turn one wall. As the car was being hauled off (not more than a couple seconds after this pic), the rear-end housing fell out from under the car, resulting in a red-flag situation to get the car off the track.

#10 George Gorham (black car) and #70 Jeff Choquette went at it for several laps, resulting in…

…this mess coming out of turn four with only a handful of laps left. 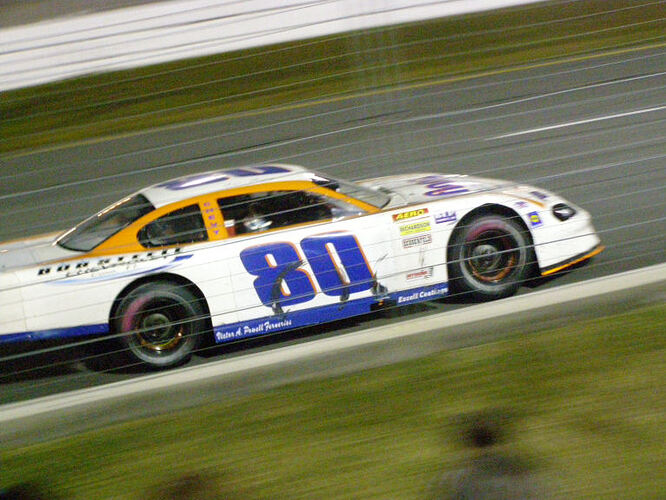 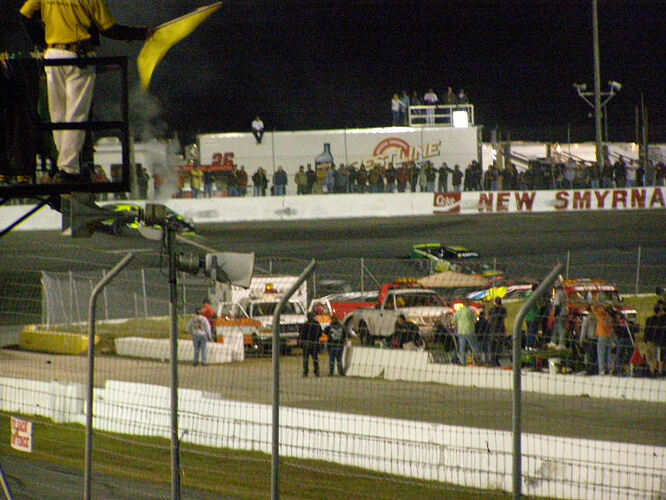 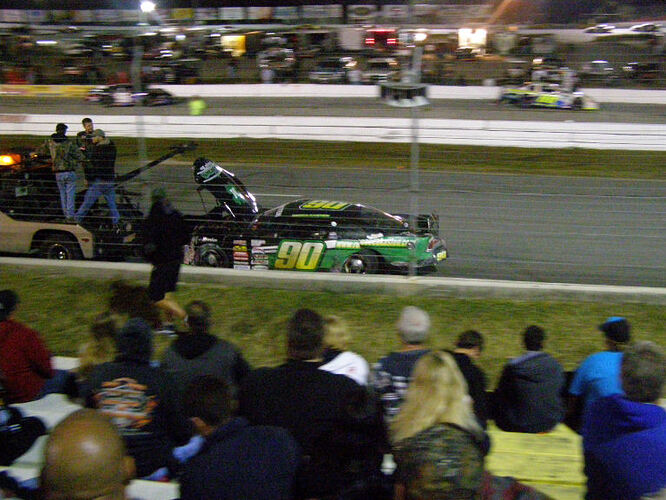 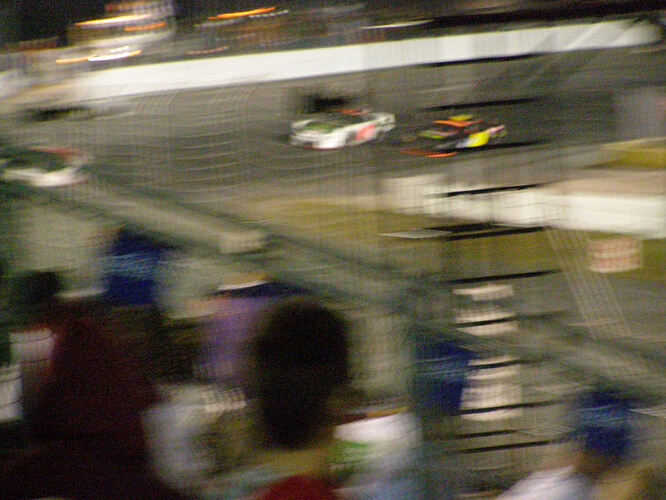 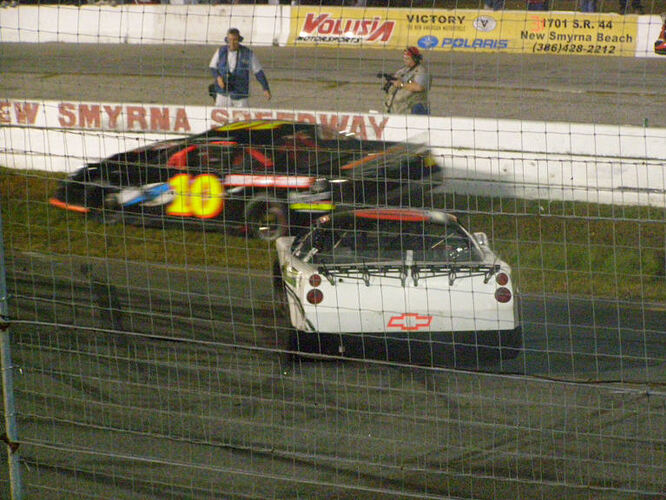 #9 Rich Clouser did not have a very good night. He spent several laps on pit road after an incident on the track, overheating, and finally finishing up his night looking more like an open-wheel modified.

#14 Chad Pierce drove this truck to the feature win in the Pro Truck division.

A couple of skid cars drove up and down the frontstretch to promote the following week’s Crash-o-Rama at Orlando Speedworld.

The #211 drove to the Sportsman feature win (I’m not that familiar with the drivers in this class). 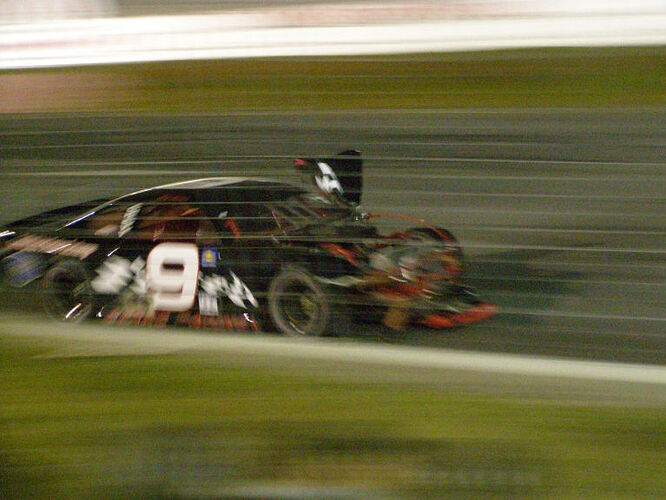 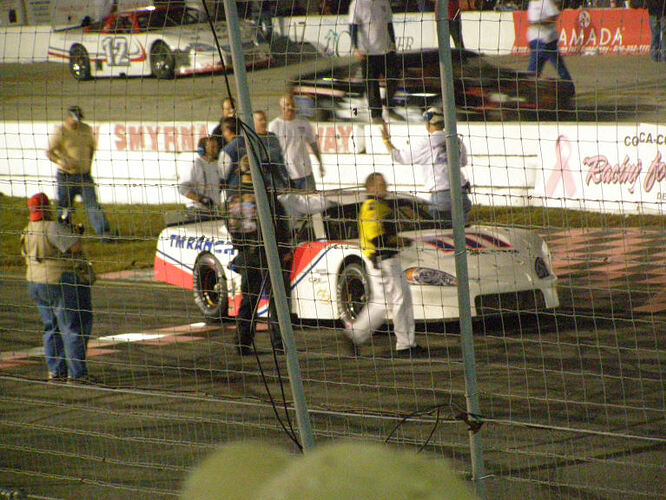 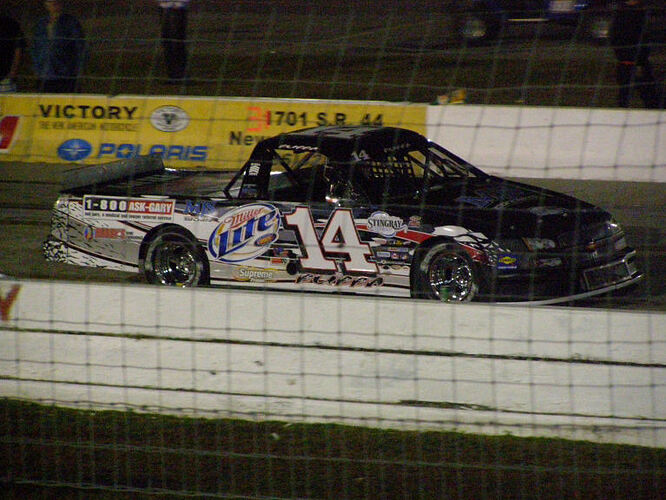 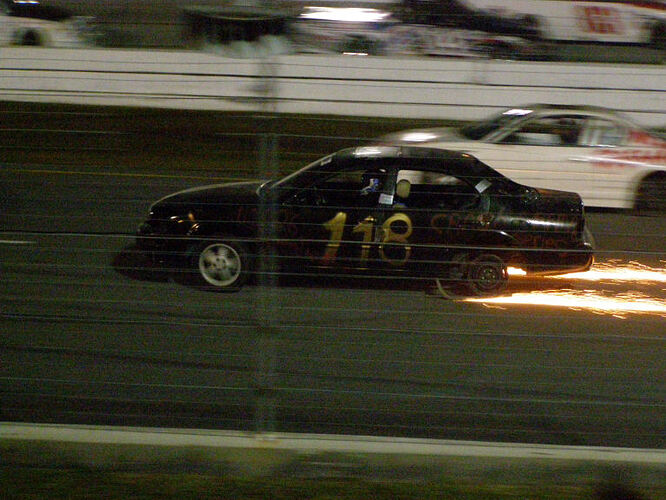 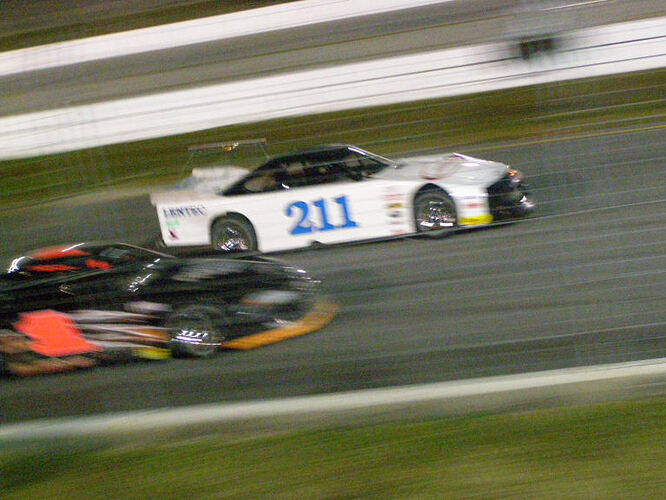 Great pics to an awesome race…

Wish that I could have been there. I love those pavement late models - bad fast cars. Thanks for the pics.

have a great day all…