Sad new for the Florida raicng community with the passing last night of veteran South Florida driver Bobby Coyle following a nine month battle with cancer. He was 64. Bobby is probably best remembered as the driver of Mark Cowheard’s potent No. 237 late models but he also drove for David Ingram in the late models and wheeled Dennis Namor’s No. 21 Pro 4 as well. His early success came in John Ellis’ red and gold No. 1 '57 Chevy Sportsman car.

What a super guy and who loved life to the fullest and always had a smile on his face but is now in a better place. Please keep his family in your thoughts and prayers. Arrangements are incomplete at this time.

Lori Winchell and I were just talking about Bobby last night. Racing has lost a true racer…a gentleman… My deepest condolences to his family … I hope I live to see the day they find a cure for the dreaded disease, Cancer. I am glad his suffering is over. It’s his family who will grieve. Keep them in your prayers. We have lost so many… ;-( God bless and keep you Bobby.
Carol Wicks

Man thats sucks! We have lost another great racer, but take heart he’s on the BIGGG track in heaven! Super duper speedway. No more pain and suffering. My prayers go out to the Family!

In my original post I was remiss in not including Marty Handshaw among the late model car owners that provided Bobby with a top flight ride. Marty began using the number 237 back in the 1950s and his one remaining late model still proudly wears those three numbrers today. Once Marty stopped racing on a regular basis it was Mark Cowheard to assumed the number and Bobby drove for both of them and won for both of them too. 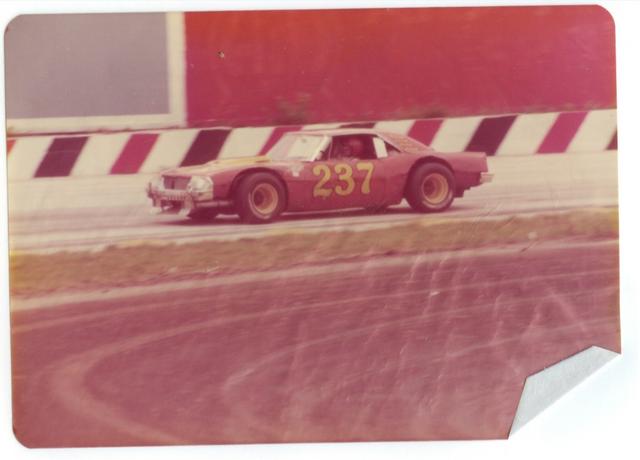 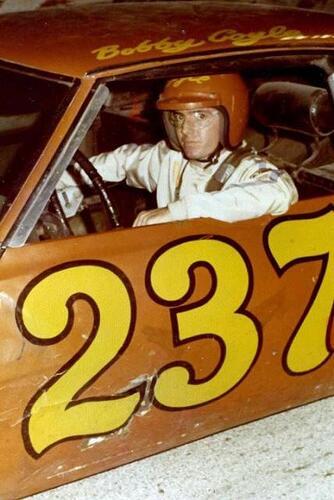 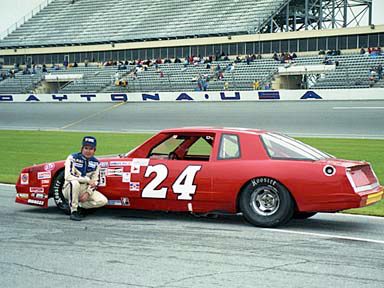 Sorry to hear about Bobby Coyle. My thoughts go out to his family.

My dad took this picture during the FL 200 weekend at Golden Gate of Bobby. I believe Bobby was driving it at this time. That is sad news… RIP
Bobby was a great racer and a good guy. Got to see him a few yrars ago at NSS and hew was ioolkin good and happy. That is the way i want to rember him!!!
Don

Bobby Coyle’s first super late model ride. Circa 1973 David Ingram’s 65 chevelle, Crew Chief Tom Sytsma aka Tom77hmstd.We went to speed weeks that year and Bobby and I used up a whole case of red devils as he called them (Buds) on the way there. 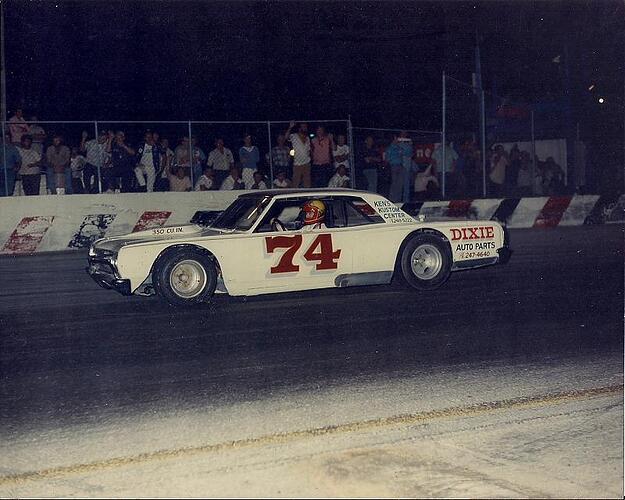 Dave can probably answer this one: Didn’t Bobby run a few ARCA races in the Finney Family 80…? Totally fuzzy on this one, but seems like I saw him in that car at Daytona and possibly Talladega.