Have been informed by his son Lance that Dumont Smith passed away Monday evening at the age of 81… Dumont began racing in North Carolina running such tracks as Bowman-Gray Stadium before migrating to Florida in the late-1950s… His home track was Eau Gallie Speedway but he ran all over the state and especially loved racing at Palm Beach Fairgrounds Speedway… Over the years he won numerous races and championships including the 1967 Governor’s Cup race at Golden Gate Speedway… He drove for some of the top car owners like Jim Kelley, Bud Jenkins, Happy Steigle, Johnny Merendino, Dencil Chapman, Miles Hudson and many others… Some of his biggest success came in the early-1960s driving cars he fielded himself along with his brother and business partner Percy Smith… After he retired from driving, Dumont helped with son Lance Smith’s racing career… Lance’s home track was New Smyrna Speedway and he was very successful there…
I got to know Dumont when I was just a kid going to Eau Gallie and the old Orlando track and we remained friends over the years… One of my fondest memories of Dumont was interviewing him before the first Governor’s Cup race to be run at New Smyrna… He was truly excited that the race was being contested again and, I think, only missed one of the NSS events through last year… Personally, I was blessed to know Dumont Smith and thoughts and prayers are with his family… 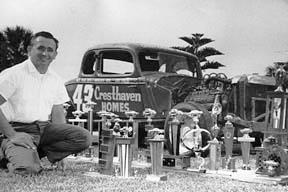 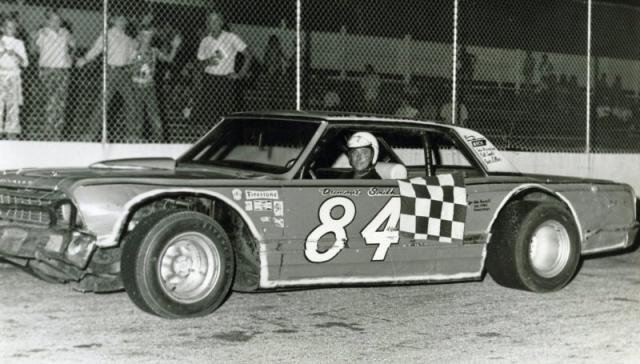 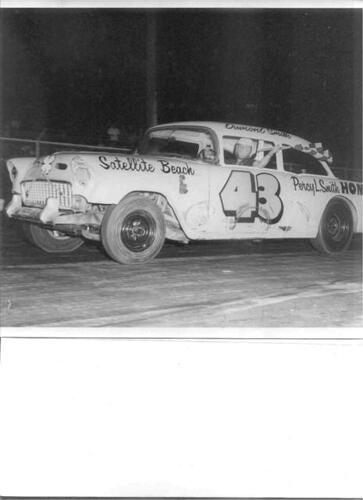 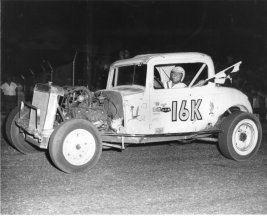 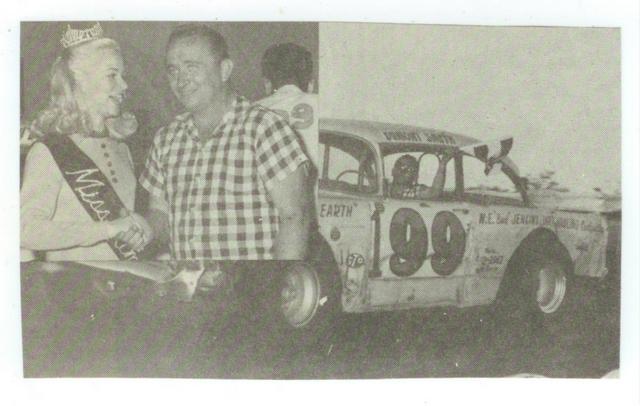 In 2007 Jack and I along with Wayne Jefferson interviewed Dumont. It was a great interview he was so funny, listen toward the end when he talks about racing against those guys down south racin’ with that “Dope” money…Listen here:Dumont Smith interview November 2007.

Rick… Is there a way you can e-mail that audio file to me?

I am sorry to hear of his passing. My Dad introduced me to him when I was a kid.

My memories of Dumont begin with his first running at Eau Gallie and lasted til the Governors cup win. Having moved from central to north Florida my later contact was at reunions etc. I dont,t ever recall any incidents of dirty driving but he was absolutely one of the most tenacious drvers and was not the least bit shy about the outside groove to get around you. In my opinion I believe he was one of the very best at transitioning from the old straight axle coupe days to the complexities that late models represented. RIP Dumont. To Sarah and Lance by sincere condolences.

Another one of our hot shoes…

Seems like most of us are at an age now where, instead of giving us new heroes to root for, we’re losing a lot of 'em.

Here is Dumont’s Obituary from the newspaper…

Dumont Smith, 81, passed away Monday, September 3, 2012. He was born and grew up near Union Cross, NC. Dumont, his wife, Sarah, along with his brothers and other family moved from North Carolina to Brevard County in 1957. Together, they were the founding families of Satellite Beach, building many homes in the city. Dumont continued construction most of his life, residing in Satellite Beach for 55 years.

He loved to drive race cars, starting at tracks in North Carolina as one of the original NASCAR members and driving throughout Florida, frequently at the local Eau Gallie Speedway. He won many racing championships including the Governor’s Cup race in 1967. Dumont retired from driving in 1976, but continued to follow racing throughout his life.

There will be a celebration of life for our beloved “Pap” on September 8, 1:00 pm, at Trinity Presbyterian Church in Satellite Beach - casual dress.

I sent you the link Dave…

Met him at the 2010 Blast From The Past. Loved talking to him about his racing days!

Does anyone know if Lance Smith is the same guy that worked at Auto Machine in Orlando for many years?

I am very sorry to hear of Dumont passing. I had the pleasure of knowing him for a few years and he was a very nice man. My thoughts and heart go out to his family and all I can say is he won’t be forgotten.

[SIZE=“4”]I was very sorry to hear about Dumont?s passing this past Monday.

I only met Dumont a few times but I know he was a hell-uva racer.

The first time we met and I saw him race was before I started driving and was still crewing on my B-I-L?s (Kenny Faircloth?s) Late Model. We ventured down to Treasure Coast Raceway in Ft. Pierce for a 100-lap Championship race back in 1967. Kenny won the race after a hard-fought battle with a few of the locals including Dumont.

Here is a photo of us in the winner?s circle, me with flag & Kenny receiving congrats and trophy from Track Promoter Jim Honeycutt with Flagman Penny Pender to the right of Honeycutt.

Then here in this shot Dumont appears on the left alongside of two other of the best short-track wheel men from Florida back in March, 2010, at Joyce Lankford?s Blast from the Past, Citrus County Speedway.

I had the pleasure of interviewing all three of these legends for Joyce at this event.