Rogers, Choquette and Dorer all made the field Unofficially. Tech is upcoming.

Just got an e-mail from my friend at the Derby and he said Scott Carlson has loaded his Super Late and is going home. Said he has a complete car right now and wants to keep it that way and not run a second chance race. Smart thinking really to keep your car in good shape for 2013.

Talked to him for a few minutes today, what a geniune nice guy!! I took this photo during his qualifying run a few hours ago. 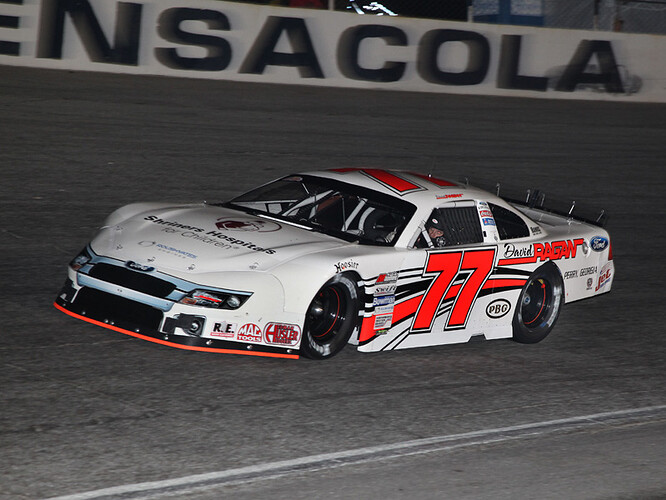 I guess “Front Row” runs in the family. 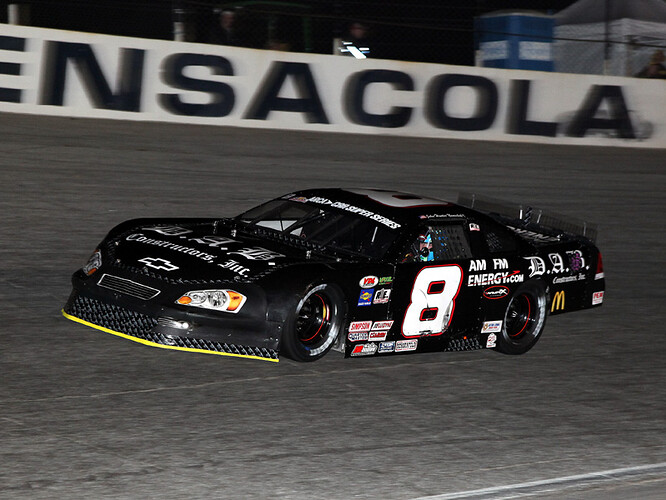 Michael I thought that was you I saw standing by tech earlier today. Look for me tomorrow and say hi. I’ll be on Pit Road once racing starts reporting for Speed51.com both days.

Mark,
I will tell my friend who is keeping me updated constantly on the Derby to look for you on pit road. He is a really nice guy and lives right there in Pensacola and never misses any races at Five Flags. At one time he was a Northern Modified driver until he had a bad wreck and decided to cut his car in half so he would not race anymore but he still is very involved in racing. Hope you are having a good time there.