Good job nns on reporting on the red eye so fast. I just wish the race was better

Where did you find them? Went to their site and it shows nothing. Could be doing something wrong. thanks.

The full results are actually already on the NSS website or you can do the Speed51 replay of their coverage… Results for the Red-Eye:

The other classes were as expected - 5 Mods, 6 Minis, 9 Super Stocks and 6 Strictlys… Still fun seeing everybody though… Even talked to Kenny Watson, the 1990 OSW LM Rookie of the Year! He was helping B. J. McLeod…

ancrdave, did Kennytell you that he drove for BJ’s dad way back then?

The Dotson Construction Buicks at NSS in 1990 with Kenny Watson in 68D and John Josey in 86D… Danged nice racecars! 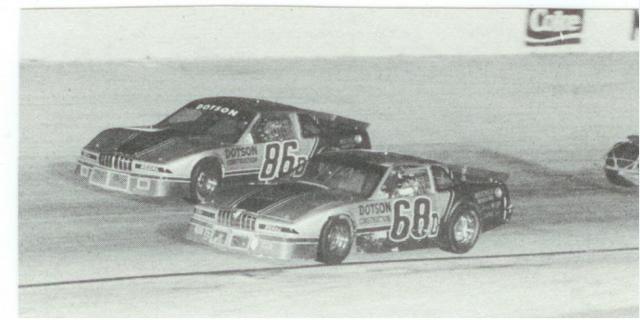 The Dotson Construction Buicks at NSS in 1990 with Kenny Watson in 68D and John Josey in 86D… Really nice racecars!

Cool pics I had forgotten about Josey. When Kenny went to a Baretta body in the 78 it was ugly.