Ray Evernham has just finished restoration of a Marty Robbins 1964 Plymouth that he ran at Nashville… What was left of it was found in the woods about a year ago… This is nice! 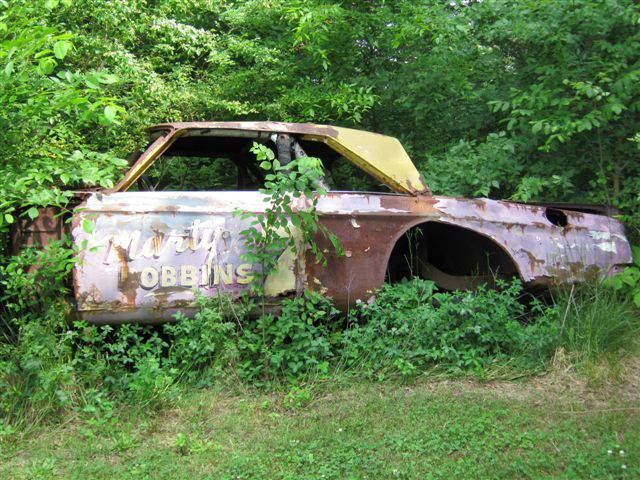 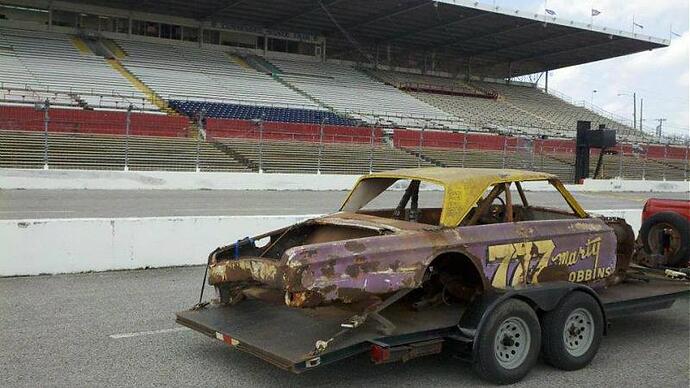 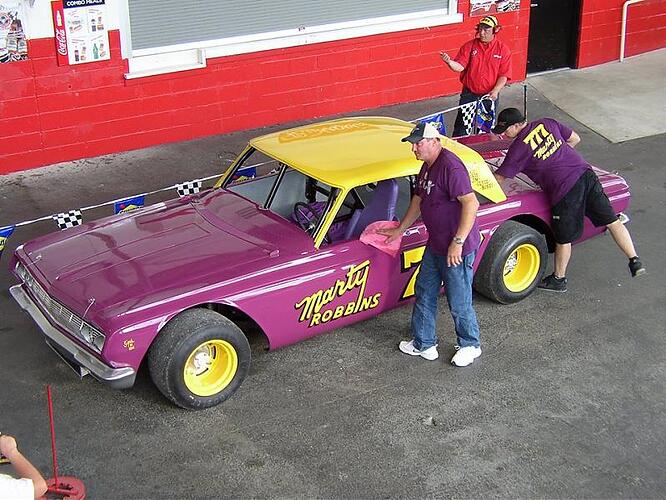 That is just too cool.Amazing to find something of that magnitude rotting away somewhere.They should swing that thing by the Grand ol oprey and fire it up before a show some night.

Something else I find cool about this… the display shots are done under the grandstands at Nashville Fairgrounds Speedway.

I recall standing in almost the exact same spot when I took my son to his very first race. When the cars were pacing around, he was fine. When they threw the Green, it scared him half to death. I had to take him to this spot to calm him down, which wasn’t working… until… he saw another baby in his daddy’s arms, and THAT kid wasn’t scared. He stared at that other baby as they went by, stopped crying, and enjoyed the rest of the night.

That spot means a LOT to this father…!

Beautiful. Marty Robbins used to be one of my favorite singers also.

Great restoration. I worked security for him at a show in Tallahassee in the late 60s, after the show I went back stage and told him good show but I wanted a race drivers autograph he liked that.

This might be a stupid question but here it goes… Why the louvers on the deck lid? What purpose do they serve? … Just wonderin’

This might be a stupid question but here it goes… Why the louvers on the deck lid? What purpose do they serve? … Just wonderin’

It did not let air under the body lighten the rear end. Another way to preserve down force but way before the aeronautical engineers got into our sport.