How many of you current or former racers ever

Either had a good luck charm mounted in your race car or had something hanging in the back window or side window of it ?

The reason I even brought this up

Is because while at Kil-Kare Speedway in Xenia Ohio back in July,local Dayton Ohio area racer Ryan Flemming won the late model feature that night driving a tribute painted car that was a replica of the Jim Coyle owned cars of the late 1970’s and 1980’s that were driven by former ARCA racing champs Marvin Smith and then later the late Lee Raymond.In the post race interview Flemming revealed that Raymond was a boyhood hero of his and upon his passing he procured a small vile of Lee Raymonds ashes that are mounted on the roll cage beside him.Now how cool is that ?

The red #1 cars sponsored by Riverside Auto Parts (?)… the guys that built the only Chevy Beretta super speedway car I’ve ever seen.

I had a stuffed Tigger that would hang onto my roll cage passenger side. As I went around the track, it looked like he was hanging on. Also had a favorite pair of socks too that I wore to bring me good luck. Three nights I did not wear those socks and crashed during the race or something broke during practice.

My aunt in Pennsylvania sent me one of those little trolls with long hair before my first race when I was 16. He has been tie wrapped to the rollcage inside every one of my cars.

The red #1 cars sponsored by Riverside Auto Parts (?)… the guys that built the only Chevy Beretta super speedway car I’ve ever seen.

One and the same although they are actually orange in color.Marvin Smith piloted the #1 on the local area ovals (Columbus Motor Speedway,Kil-Kare Speedway,Tri-County Speedway) back in the 1970s until they made the jump to ARCA with Marvin as the driver.Later the late Lee Raymond drove those cars (including the aforementioned Beretta)and now Dayton area local Ryan Flemming drives a #1 look a like superlate with a vial of Lee Raymonds ashes strapped in next to him.The night he won the superlate feature at Kil-Kare Raymonds widow was in victory circle with him. 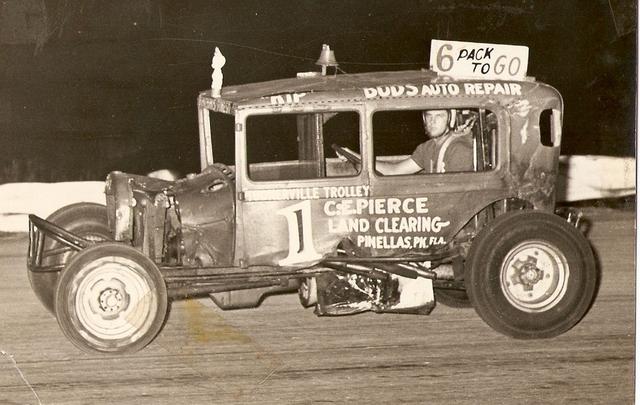 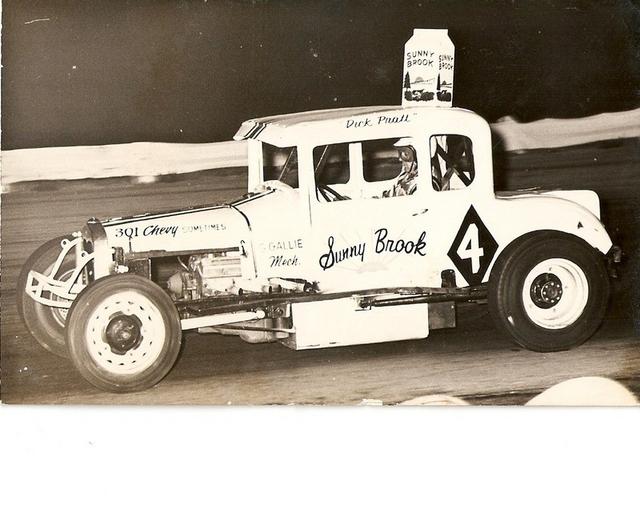 That is too cool

I wish the racecars of today retained some of this kind of personality.Hillbilly Duncan always ran a rubber chicken in every class he raced in starting with hobby stocks and clear thru his late model days.While racing in the hobby stock division Columbus area teammates Bill Dye and Charlie Bowers hung Iron skillets in the back windows of their cars to "cook Hillbilly’s chicken."I never had anything hanging on any of the cars I was in but my first racecar had a push bar on the front(it was a 64 Chevy Biscayne) that I had painted on it "I WISH I HAD A FORD "