OSW Friday - Who Is Racing?

Trying to get an idea on who will be running E-mods and other classes this Friday night for my press release… This should be a fun night and the weather looks perfect!

That is a great idea and I will look forward to that release.

Perhaps consider mentioning the admission price, or mention it in this thread if you know what it will be.

I saw Dickie Anderson there in a modified with a claimer motor back in the day. White with orange trim, but I cannot recall the owner.

BTW, anyone know if he made it to NSS in his modified, and if so, how his race went? 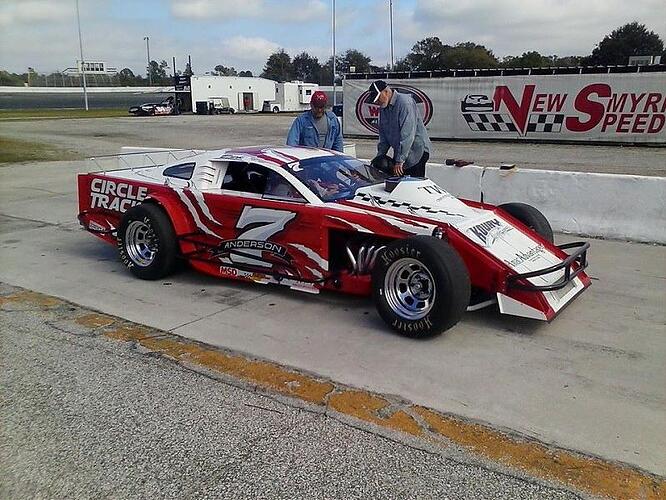 If you know when he will be racing next, please let us know.

Thank you, & thank you for all that you do.

My 12 year old makes his debut on the high banks in the “mini cup” class. He is wound up and ready to mash it.

Why did they choose to run Emods instead of open motor mods or a combination race? Just asking.

What is up with the paint & number on that “Mustang”?

modmini 55 the reason why the E-mod class is running Orlando speed world NSS canceled the E-mod class because they said that we didn’t have no cars in the class. I have no clue where they came up with that . there were more E-mods then big motor cars that’s why they always wanted the E-mods to run with them to fill the class in. The E-mod drivers called OSW and asked if we could run there .we have had 2 sponsor step up for the E-mod race this Friday. And we don’t want any mixing the classes Thanks to OSW , Space cost welding and Paker enterprises. Dave you know I am coming out. I haven’t been behind the wheel in 4 years but I will be there and my cousin too. you might have better luck asking on Facebook Dave I think you will get a better count more people on there .

Robert wants me to send the release out today, so I’ve gathered what I can… thanks…