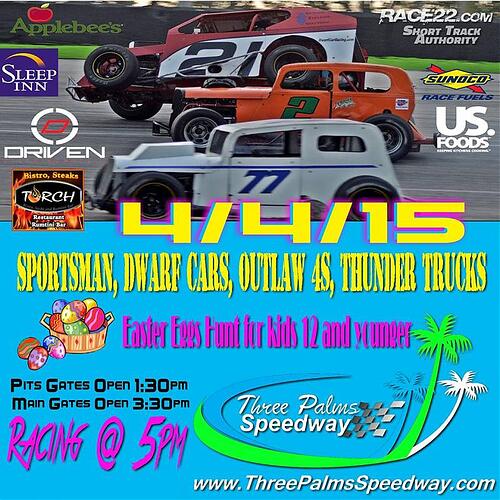 Sorry lance,I have talked to your dad on many occasions but there is no way Im paying money to watch 4 or 5 cars per division.The Haase family needs to step up their game if they expect me to come back.I want to see real racing with something of a car count not pay a cover charge to a concession stand.

Wife and I have been waiting for the speedway to open but looks like it is being run like a race club not a race track. Like others I want to watch a field of cars not a few lower class divisions only. I don’t understand how they can have a speedway without stands, thats like your auto mechanic openning a shop but doesn’t have any tools yet. We have been going to the track since 1993 and want to return just need some one to open and promote the track

You know I could really care less about the grandstand situation,Its a necessary evil but I do understand hold ups and delays when it comes to permits and the like.However I DONT UNDERSTAND almost hour long intermissions,the fact that you cant draw more than 5 or 6 cars in any one division and then deciding doubling your ticket price makes it all better.For who?I talked to Jaime Haase a year before he actually opened the gates there for three hours one night and had hopes he would try to develop a true identity for the place different from the same old same old that the other track owners here in Florida feel compelled to establish for their own tracks.So far what I have seen is anything but unless you count the drifting events.Jaime seems like a nice enough guy to talk to but Im beginning to wonder if he’s in over his head.I don’t want to come off like Im bashing anyone but after 3 months of operation they really need to step it up and if nothing else talk to DAARA,Race cars of yesteryear,Florida old time modifieds,etc.Someone who is looking for a venue for race dates more than purse,mainly SOMEBODY who will put a group of cars on the track that number more than 6 at a time.