Was the Florida Sunfest, with 90,000 fans on the grounds. The largest crowd for any activity in Florida history, was held on the now defunct grounds of Lakeland USA Speedway.

Were any of you there? I wasn’t, but I’m sure someone reading this was at that time.

90,000 thousand people in 1977 at a Racetrack— Lakeland Racetrack was the venue, and music was the reason. 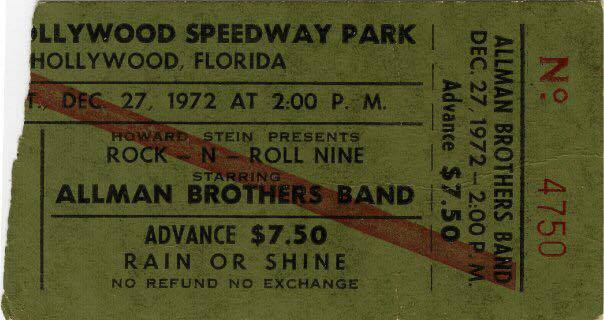 To cool, AncrDave— were you there at these old racetracks? And hear the old lost Bands? That would be great! If so, do tell. We’re all ears.

Finally, a thread, that OldSchool didn’t pounce upon, God love him.