It’s hard for me to realize it will be 50 years ago this weekend that the Sebring 12 Hour race was nearly the last one to be held. I was 13 years old at the time but remember it like it was yesterday and the general outcry to halt racing at the old military base/airport where the race was run after one driver died early in the race and four spectators perished later in the day.

Things were going along well and the fans were enjoying a great race but at 2:40 p.m., tragedy struck. A Comstock Racing entered Ford GT40 driven by Canadian Bob McLean was coming out of Big Bend, and while approaching the famous hairpin, the car’s gearbox seized, the rear brakes locked up, and the car slid off the narrow service road used for the race. It then crashed into a ditch and started to barrel roll, and it then made very hard contact with a telephone pole. The point of contact was where one of the fuel tanks were, and the car burst into flames. McLean was trapped inside, and the few marshals at Sebring were inadequately equipped to put out the inferno, and McLean perished in the fire. He was 32 years old. When word of McLean’s death reached the Comstock Racing camp, they withdrew their other GT40 from the race - The cars are shown in the first photo here. The second car in the photo, #18, was the one McLean drove along with Jean Ouellet while the #17 was driven by Eppie Wietzes and Craig Fisher. The second photo shows the violence of McLean’s crash and the third shows what was left of the GT40.

Despite this the race continued on, unabated, as McLean’s GT40 burned and burned. Safety in motor racing in those days was practically non-existent. One such example was that the Warehouse straight after the hairpin at Sebring ran right past warehouses, planes, towers and other obstructions that were completely unprotected from the race, and some people sometimes stood or even sat 2–3 feet from the track. I can remember shooting photos next to a rickety fence with cars zooming by me no more than six feet away. Guess I was just as stupid as a lot of these other fans and photographers.

McLean’s crash was not the only one though as disaster struck again with less than 2 hours to go. The third-running NART Ferrari 365P2 went into the pits, with Pedro Rodriguez coming out and Mario Andretti going in as driver. Andretti took the car out, and on his first lap out, he was caught and passed (not for position) by Don Wester in a Porsche 906 going through the famous hairpin. On the Warehouse straight, Andretti re-passed Wester and pulled away from the Porsche. All of a sudden, while he was changing gears down from 4th to 3rd for the slow Webster turns at 140 mph, a part on the Ferrari’s gearbox broke, and the car went from 4th to 1st, the rear wheels locked up and the Ferrari spun wildly out of control. While the hapless Andretti was spinning, Wester saw an opportunity to pass Andretti without incident. But Wester’s plan failed. While underbraking for the Webster turns, the Ferrari was still going very quickly, and it then hit the back of Wester’s Porsche. The Porsche spun out of control, went off the track, and it then went plowing into a group of spectators standing in an area where no one from the general public was allowed to be, and finally crashed hard into a warehouse, destroying the car. Four spectators were killed in this tragedy- 46-year-old Willis Edenfield, Sr. and his two sons, 20-year-old Willis Jr. and 9-year-old Mark were killed instantly, and 38-year-old Patricia Heacock died of her injuries hours later. Wester was knocked unconscious, but he survived with minor injuries; and this horrific incident was not known to the public until the day after. The fourth photo shows what remained of the Porsche and just how lucky Wester was to survive.

The Ferrari went into a sand bank, and Andretti was able to get going again, but his front lights were destroyed after his contact with Wester and the sandbank, so he drove back to the pits in almost total darkness. He made it back to the pits, unaware of the horror that had taken place. The car retired after a pit fire when Andretti started the engine, destroying a number of important components, making it unable to continue.

After the race, chief race organizer Alec Ullmann and the other people involved in the organization of the race were heavily criticized for their lack of safety preparation, particularly for the McLean accident. The facilities and the track at Sebring were also heavily criticized - the track was very narrow and people and buildings were unprotected from the cars, and the cars were unprotected from other roadside obstructions such as telephone poles, trees, and ditches. Because of the poor condition of Sebring’s facilities and the difficulty in maintaining security at the track which led to the deaths of five people, a ten-year contract was signed to move the 12-hour event to West Palm Beach. An unusual series of heavy rains at West Palm Beach made it obvious that their track could not be ready in time for the 1967 race. Thus the contract was voided and the 12-hour event was again held at Sebring after efforts were made to improve safety for spectators and drivers, which included the elimination of the Webster turns and the implementation of the Warehouse chicane. This was done to move the track’s Warehouse straight further away from the airport’s warehouses, towers and other buildings located from where the original Warehouse straight ran through. So Sebring has been able to hold the 12-hour event every year since and has never had any severe safety issues again. 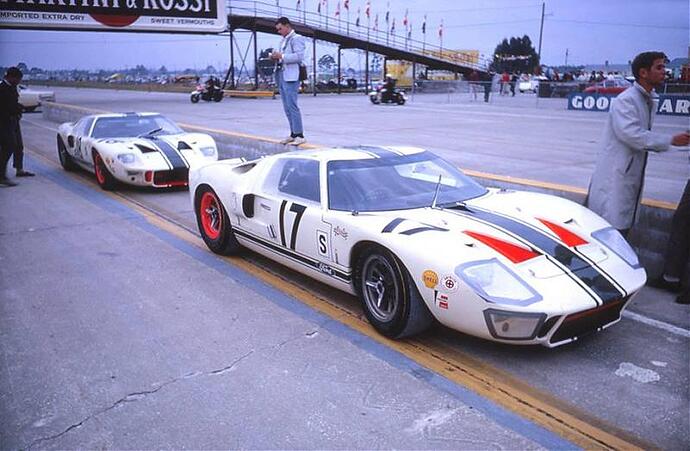 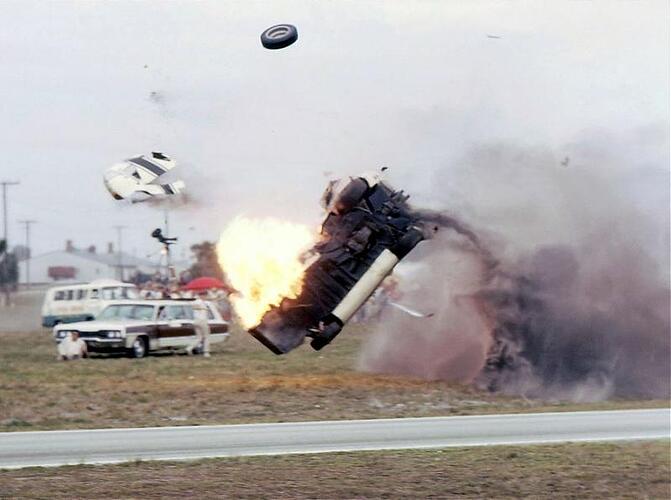 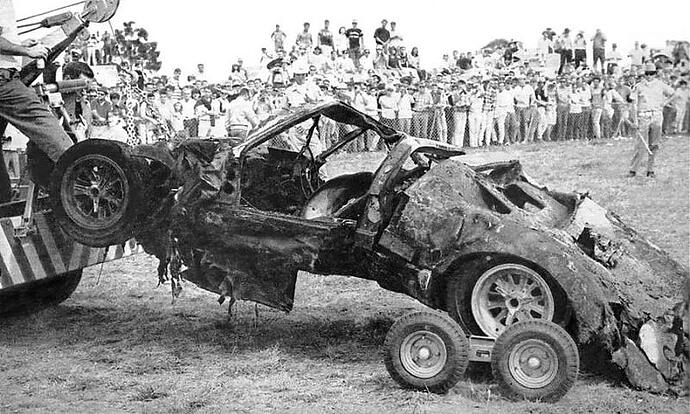 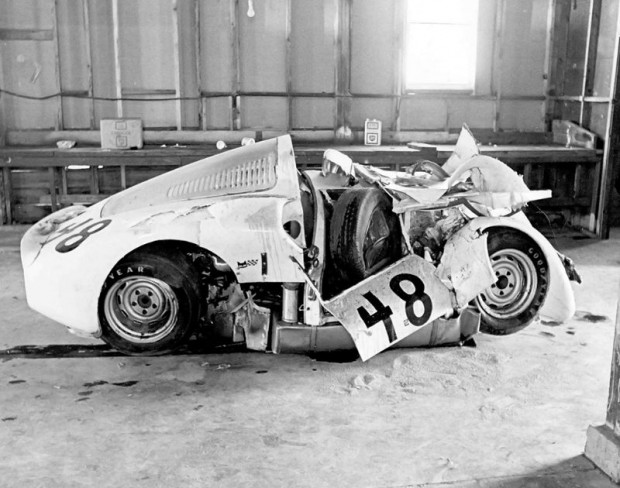 Well written synopsis.I must say announcer Dave is one of the few writers who can make me read an article about cars that make right hand turns. Others are Eddie Roche’ Dave Argabrirght and Dick Bergerren.

Interesting story Dave. Thanks for writing it.

My opinion? Death aftermath photos posted are in poor taste.
When you pass, would you like that done with you?