I live in Tampa…and every week I have to decide where to go and watch a race…I measure up which track “Might” have a good race, lots of cars etc. My problem is I can only pick one…cause everyone races on Sat’s…It sure would be nice to have two days to watch races…I know…I know, this horse has been beaten to death on the subject…folks up “North” usually have several options each week…Fri/Sat or Sat/Sun…or might even throw a middle of the week in there somewhere…This week I am looking at the Aub and EB, its Fri night and I haven’t made up my mind…Aub has a big LM race (not sure of car count yet)…EB has LM and Mod’s (always has a good car count)…my picks are normally between Aub, EB and Desoto…Now I will be adding Citrus back into the fold…
Oh what’s and old fan to do?..this crap is wearing me out…sure wish we had more days to chose from…
OSF

There were enough cars to fill about 6 classes and they too were there every Friday night.

But, along the way everything got expensive, car count dropped, and now tracks frequently run “Special Shows” to get a big field.

Also frequently many racers run at a loss, and could not afford to lose twice per week.

The one place that it might work is the St Pete area. Desoto and Showtime are very close… Still, neither seems interested.

ps–always preferred asphalt, so am not objective. But I used to like to go to East Bay because the shows were close and exciting. IMO, that has largely changed since they have switched to chassis that most resemble a slinky. Go to Auburndale. They gots the cone! 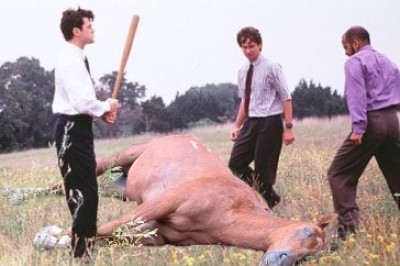 I live the perfect solution. Move up here to Tallahassee then all tracks are at least 2 to 3 hours away but you do have All Tech on Friday and North Florida on Sat.

But is there any horseradish?

back in the 60’s we raced gate Friday nite ,Auburndale sat nite . pain in a$$ on Friday . work in heat all day ,run home clean up hook to trailer .get to track tired as heck . just make it on time, every thing rush,rush. still hot as heck. not pleasant night.

Finally decided…going to EB…heard Kyle Bronson is racing there tonight…otherwise it looked like Aub…but not sure of car count just yet…that LM class is building, but has a way to go…love the cone deal…EB always has a decent show…OSF

You might regret that one. 21 late models at practice last night and more expected today.

You might regret that one. 21 late models at practice last night and more expected today.

Well, I did screw up… bad show of cars at EB…the LM count at the AUB turned out to be the highest in this area for sure…however, I got to see Kyle Bronson get a grand slam…won both Mod and LM features…

Should have gone to the AUB…OSF