Eli Gold No Longer With MRN...

Longtime NASCAR broadcaster Eli Gold has resigned from the Motor Racing Network, the company?s president David Hyatt confirmed to CATCHFENCE.com.
Gold?s nearly 40-year tenure at MRN Radio dated back to the 1976 World 600 at Charlotte (N.C.) Motor Speedway, where he covered Turns 1 and 2 for the network.

In addition to his duties at MRN, the 62-year-old Gold had been hosting the weekly syndicated show NASCAR Live since 1982.

According to the site Deadspin, the network took away Gold?s microphone and suspended him due to an incident that allegedly took place in April, while the Sprint Cup Series was in Richmond, Va. for the Toyota Owners 400. He worked the race at Talladega Superspeedway a week later, but was not in the MRN booth for the race the following weekend at Kansas Speedway.

MRN turn announcer and SiriusXM Satellite NASCAR Radio host Mike Bagley said at the opening of NASCAR Live the following Tuesday after Kansas that Gold was ?away from the network working on some non-MRN related personal projects.?

Gold?s biography was recently taken down from the MRN website, confirming the Alabamian and famed radio network had parted ways.

No official replacement has been named for NASCAR Live, which has been through a rotation of hosts since Gold?s absence.

Gold did not immediately respond to a request for comment regarding his resignation. 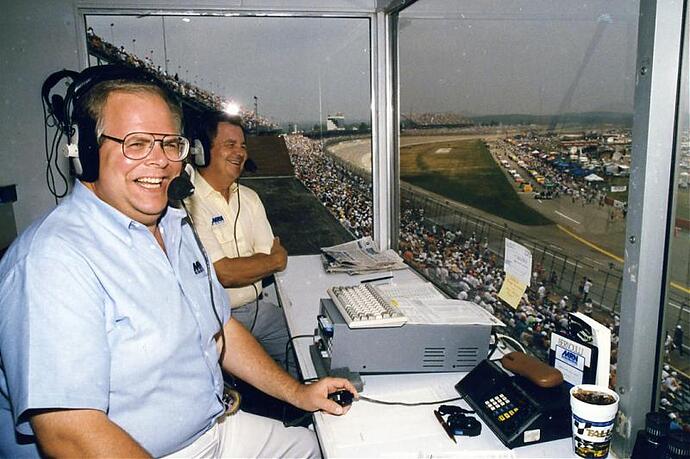 I recall personally seeing and hearing him ridicule various back marker drivers, not on broadcast but talking within a group in the garage which IMHO was very unprofessional. Yes, we all can have opinions but I lost respect from someone in his position doing that, a man who has never raced in his life.

NASCAR will find another, some fresh voices are good!

what’s the story behind this story----had a good radio voice, I thought. arrogant and full of himself? what happened to make him leave the booth.

Ken Squire, “The Dean” Economaki, hell, Kyle Petty–lots of egos in that biz…

Maybe we shouldn’t toss Eli under the figure 8 school bus until we have, y’know, one fact…?

And who hasn’t been bona fide screwed when you didn’t have it coming at some job or another?

Looks like Barney Hall is also in the pic–a top shelf announcer, period.

Most people have forgotten that before MRN there was the Universal Racing Network… Along with his partner Hank Schoolfield, the late Bob Montgomery started the Universal Racing Network in 1963 to broadcast NASCAR Grand National races. Initially, the network consisted of 40 radio stations in the Southeast U. S. Bob did the broadcasts along with Hal Hamrick and they set the standard for what would come along later with MRN and also now the Performance Racing Network.

MRN’s first broadcast was the 1970 Daytona 500… My late friend Marvin Panch was hired as the “color” man for announcer Ken Squier… When the race ended, a table was taken to the tri-oval grass where a land-line telephone was set up… Squier then interviewed winner Pete Hamilton by phone… Very primitive technology but Marvin said it worked just fine… 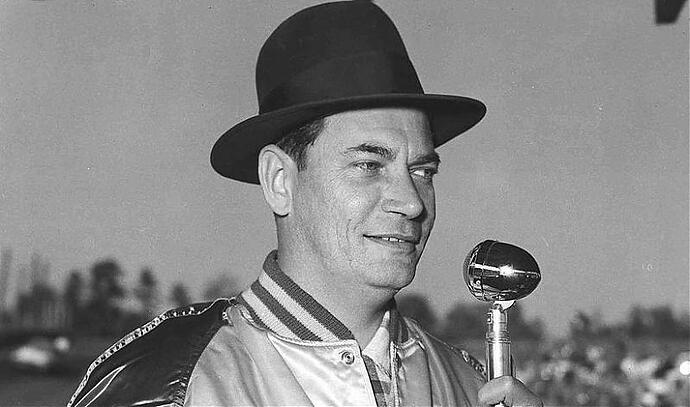